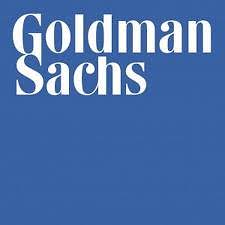 Goldman Sachs Group Inc (NYSE:GS) one of the stocks in my portfolio, generates, transmits, and distributes electric energy in the United States and Canada. Their annual meeting is coming up on 5/21/2015. ProxyDemocracy.org had the votes of two funds when I checked and voted on 5/14/2015. I voted with Board recommendations 42% of the time and assigned the Goldman Sachs Group a proxy score of 42.

View Proxy Statement. Read Warnings below. What follows are my recommendations on how to vote the Goldman Sachs Group 2015 proxy to enhance corporate governance and long-term value.

From Yahoo! Finance: The Goldman Sachs Group, Inc.’s ISS Governance QuickScore as of May 1, 2015 is 9. The pillar scores are Audit: 10; Board: 7; Shareholder Rights: 5; Compensation: 10. ISS scores range from “1” (low governance risk) to “10” (higher governance risk). Each of the pillar scores for Audit, Board, Shareholder Rights and Compensation, are based on specific company disclosures. That gives us a quick idea of where to focus…. Audit and Compensation.

The MSCI GMIAnalyst report I reviewed gave Goldman Sachs Group an overall grade of ‘F.’ According to the report:

I voted Against the pay and omnibus stock plans.

Goldman Sachs Group: Board of Directors and Board Proposals

I voted against the directors on the compensation committee, since they recommended the pay package to the full board: James Johnson, Michele Burns, William George, Lakshmi Mittal, and Debora Spar. Another reason for voting against Lakshmi N. Mittal, is overboarding. Four boards is too many to give full attention.

I voted to ratify the auditor, since I saw no potential conflicts of interest, although, as discussed above, the audit committee does not appear fully independent.

I voted in favor of Proposal 5 Adopt Simple Majority Vote, submitted by Equality Network Foundation. See this informative fact sheet on the subject. Abstentions should never count as votes against. Votes should be counted as cast, not switched without permission. Boards shouldn’t stuff ballot boxes. Instead of reading the Board’s opposition statement, see their statement on page 98 of the proxy regarding how they turn your abstention into a vote against.  Why shouldn’t an abstention stay an abstention?

If you choose to abstain in voting on the Election of Directors, your abstention will have no effect, as the required vote is calculated through the following calculation: votes FOR divided by the sum of votes FOR plus votes AGAINST.

If you choose to abstain in voting on any other matter at our Annual Meeting, your abstention will be counted as a vote AGAINST the proposal, as the required vote is calculated through the following calculation: votes FOR divided by the sum of votes FOR plus votes AGAINST plus votes ABSTAINING.

I voted in favor of the AFL-CIO Reserve Fund’s Item 6, Report on Certain Vesting Program. The proposal actually seeks a report to shareholders regarding the vesting of equity-based awards for senior executives due to a voluntary resignation to enter government service (a “Government Service Golden Parachute”).  For more information on these crazy golden parachutes, see my post, Government Service Golden Parachutes at C, GS, JPM, MS.

Of course I also voted For my own Proposal 7 to seek to allow written consent by shareholders.  This is simple good governance that could be crucially important in times of emergency.

Shareholders who, in accordance with the SEC’s Rule 14a-8, wish to present proposals for inclusion in the proxy materials to be distributed by us in connection with our 2016 Annual Meeting of Shareholders must submit

their proposals to John F.W. Rogers, Secretary to the Board of Directors, at The Goldman Sachs Group, Inc., 200 West Street, New York, New York 10282. Proposals must be received on or before Saturday, December 12, 2015. As the rules of the SEC make clear, however, simply submitting a proposal does not guarantee its inclusion.