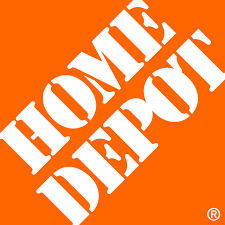 Home Depot Inc (NYSE:HD), one of the stocks in my portfolio, sells a wide assortment of building materials, home improvement products and lawn and garden products and provides a number of services. Their annual meeting is coming up on 5/21/2015. ProxyDemocracy.org had the votes of four funds when I checked and voted on 5/14/2015. I voted with management 79% of the time and assigned Home Depot a proxy score of 79.

View Proxy Statement. Read Warnings below. What follows are my recommendations on how to vote the Home Depot 2015 proxy to enhance corporate governance and long-term value.

From Yahoo! Finance: The Home Depot, Inc.’s ISS Governance QuickScore as of May 1, 2015 is 1. The pillar scores are Audit: 2; Board: 2; Shareholder Rights: 1; Compensation: 4.  ISS scores range from “1” (low governance risk) to “10” (higher governance risk). Each of the pillar scores for Audit, Board, Shareholder Rights and Compensation, are based on specific company disclosures. That gives us a quick idea of where to focus…. Compensation.

Home Depot is a large-cap company. According to Equilar (page 6), the median CEO compensation at large-cap corporations was $10.1 million in 2013, so Home Depot pay was close to spot on median, considering inflation. Home Depot shares outperformed the S&P 500 over the most recent six month, one, two, five and ten year periods.

The MSCI GMIAnalyst report I reviewed gave Home Depot an overall grade of ‘D.’ According to the report:

Despite the above issues, I voted For the pay plan.

Home Depot: Board of Directors and Board Proposals

I voted for all the directors except Karen L. Katen who apparently sits on five boards. That’s too many to devote full attention to each. She’s overboarded. Let’s relieve her of one position by voting against.

I voted to ratify the auditor, since I saw no potential conflicts of interest.

As at every company where available, I voted in favor of John Chevedden’s proposal to move to an independent chair… gradually, without violating existing contracts. Management and governance are separate jobs.

Of course, I also voted for my wife’s proposal to allow special meetings to be called by those holding 10% of Home Depot’s shares. This right can be crucial in emergency situations. A somewhat similar proposal last year won 44% of the vote. Let’s go over 50% this year.

CorpGov Recommendations for Home Depot – Votes Against Board Position in Bold

To be considered for inclusion in next year’s Proxy Statement and form of proxy, proposals by shareholders for business to be considered at the 2016 Annual Meeting of Shareholders must be submitted in writing by December 8, 2015 and must comply with the requirements of SEC Rule 14a-8. Proposals should be submitted to: Corporate Secretary, The Home Depot, Inc., 2455 Paces Ferry Road, N.W., Building C-22, Atlanta, Georgia 30339.