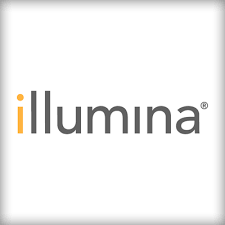 Illumina, Inc. (NASD:ILMN), one of the stocks in my portfolio, is a developer and manufacturer of life science tools and integrated systems for the analysis of genetic variation and function.  Their annual meeting is coming up on 5/27/2015. ProxyDemocracy.org had the votes of two funds when I checked on 5/18/2015. I voted with Board recommendations 37% of the time.

View Proxy Statement. Read Warnings below. What follows are my recommendations on how to vote the Illumina 2015 proxy to enhance corporate governance and long-term value.

Illumina is a large-cap company. According to Equilar (page 6), the median CEO compensation at large-cap corporations was $10.1 million in 2013, so Illumina’s pay was slightly higher than median. Illumina shares outperformed the NASDAQ over the most recent one, two, five and ten year periods.

The MSCI GMIAnalyst report I reviewed gave Illumina an overall grade of ‘C.’ According to the report:

I voted Against the pay and stock plans.

Illumina: Board of Directors and Board Proposals

I voted against the directors on the compensation committee, since they recommended the pay package and stock plan to the full board: A. Blaine Bowman (Chairperson) and William H. Rastetter, Ph.D. Another reason for voting against Dr. Rastetter is that sitting on four boards is too many to give full attention.

I voted to ratify the auditor, since I saw no potential conflicts of interest

CorpGov Recommendations for Illumina – Votes Against Board Position in Bold

Stockholder proposals that are intended to be presented at our 2016 annual meeting of stockholders must be received at our principal executive offices no later than December 8, 2015, in order to be included in the proxy statement and form of proxy relating to that meeting, and must meet all other requirements as specified in our bylaws and Rule 14a-8 under the Securities Exchange Act of 1934.