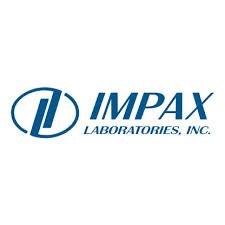 Impax Laboratories Inc (NASD:IPXL) is engaged in the development, manufacture and marketing of bioequivalent pharmaceutical products (generics), in addition to the development and marketing of branded products. It is one of the stocks in my portfolio. Their annual meeting is coming up on 5/12/2015. ProxyDemocracy.org had the votes of one fund when I checked and voted on 5/6/2015. I also obtained the votes of CalSTRS, voted with management 45% of the time and assigned Impax Laboratories a proxy score of 45.

View Proxy Statement. Read Warnings below. What follows are my recommendations on how to vote the Impax Laboratories 2015 proxy in order to enhance corporate governance and long-term value.

The MSCI GMIAnalyst report I reviewed gave Impax Laboratories an overall grade of ‘D.’ According to the report:

Pay of almost $13M, even for exceptional performance, combined with the above issues, led me to vote against the pay package.

Impax Laboratories’ Board of Directors and Board Proposals

I am concerned that 2/3 of the board have served for 12 years or longer. I wish I knew the rationale for CalSTRS and CBIS votes against.

Impax Laboratories was flagged by MSCI’s GMIAnalyst for paying its independent auditor a higher level of fees for unrelated services than it paid for its annual audit. Even in the absence of other known accounting-related problems this kind of potentially conflicted relationship should be of concern to company shareholders. This is a relatively uncommon occurrence. I voted against the auditor.

CorpGov Recommendations for Impax Laboratories – Votes Against Board Position in Bold

All stockholder proposals, including stockholder recommendations of potential director nominees, for our 2016 annual meeting must be received by our Corporate Secretary in writing at our principal executive offices located at 30831 Huntwood Avenue, Hayward, California 94544, no later than December 16, 2015 to receive consideration for inclusion in our proxy materials relating to that meeting under Rule 14a-8 of the Exchange Act. If the date of our 2015 annual general meeting is more than 30 days before or 30 days after the anniversary date of our 2015 annual general meeting, the deadline for inclusion of proposals in our proxy statement will instead be a reasonable time before we begin to print and mail our proxy materials. In addition, the proposal must comply with the requirements of Rule 14a-8 of the Exchange Act, any other applicable rules established by the SEC and our amended and restated bylaws, as amended.