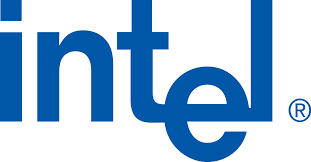 Intel Corporation (NASD:INTC), one of the stocks in my portfolio, designs and manufactures integrated digital technology platforms. Their annual meeting is coming up on 5/21/2015. ProxyDemocracy.org had the votes of three funds when I checked and voted on 5/14/2015. I voted with management 56% of the time and assigned Intel a proxy score of 56.

View Proxy Statement. Read Warnings below. What follows are my recommendations on how to vote the Intel 2015 proxy to enhance corporate governance and long-term value.

From Yahoo! Finance:Intel Corporation’s ISS Governance QuickScore as of May 1, 2015 is 2. The pillar scores are Audit: 1; Board: 7; Shareholder Rights: 3; Compensation: 3.  ISS scores range from “1” (low governance risk) to “10” (higher governance risk). Each of the pillar scores for Audit, Board, Shareholder Rights and Compensation, are based on specific company disclosures. That gives us a quick idea of where to focus…. Board.

Intel is a large-cap company. According to Equilar (page 6), the median CEO compensation at large-cap corporations was $10.1 million in 2013, so Intel’s pay last year was above median. Intel’s shares underperformed the NASDAQ over the most recent two, five and ten year periods. However, it outperformed the NASDAQ over the most recent one year period.

The MSCI GMIAnalyst report I reviewed gave Intel an overall grade of ‘D.’ According to the report:

I voted against the pay plan and omnibus stock plan.

Intel: Board of Directors and Board Proposals

I voted against the directors on the compensation committee, since they recommended the pay package to the full board: David S. Pottruck, Chairman, John J. Donahoe and David B. Yoffie. Donahoe failed to attend 75% of the meetings. I also voted against Charlene Barshefsky who, along with David B. Yoffie, sits on four boards. I think that is too many to be able to donate adequate time to each.

I voted in favor of the employee stock purchase plan to reward and incentivize employees.

I voted for the auditor, seeing no potential conflicts of interest.

I voted in favor of Intel adopting the Holy Land Principles, proposed by John Harrington. This proposal was a new one to me this year and I was at first a bit skeptical. However, after looking into them, I am in total agreement. These are like the Sullivan Principles we applied in South Africa to help end apartheid. Check out founder Fr.Sean  Mc Manus. Corporations have a role in bringing peace to this troubled area through nondiscrimination. I’m surprised by the abstentions. Do they realize Intel will count their abstentions as against?

As at every company where available, I voted in favor of John Chevedden’s proposal to move to an independent chair… gradually, without violating existing contracts. Management and governance are separate jobs.

I also voted in favor of simple majority voting, as proposed by Eric Rehm and Mary Geary who appointed Investor Voice to represent them. Investor Voice. See their informative fact sheet. Abstentions should never count as votes against. Votes should be counted as cast, not switched without permission. Boards shouldn’t stuff ballot boxes.

CorpGov Recommendations for Intel – Votes Against Board Position in Bold

Pursuant to Rule 14a-8 under the Securities Exchange Act of 1934, as amended, some stockholder proposals may be eligible for inclusion in our 2016 proxy statement. These stockholder proposals must be submitted, along with proof of ownership of our stock in accordance with Rule 14a-8, to our principal executive offices in care of our Corporate Secretary by one of the means discussed below in the “Communicating with Us” section of this proxy statement. Failure to deliver a proposal in accordance with this procedure may result in the proposal not being deemed timely received. We must receive all submissions no later than the close of business (5:00 p.m. Pacific Time) on December 4, 2015.

We strongly encourage any stockholder interested in submitting a proposal to contact our Corporate Secretary in advance of this deadline to discuss the proposal, and stockholders may find it helpful to consult knowledgeable counsel with regard to the detailed requirements of applicable securities laws. Submitting a stockholder proposal does not guarantee that we will include it in our proxy statement. Our Corporate Governance and Nominating Committee reviews all stockholder proposals and makes recommendations to the Board for action on such proposals. For information on recommending individuals for consideration as director nominees, see the “Corporate Governance” section of this proxy statement.