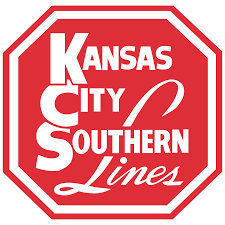 Kansas City Southern $KSU is one of the stocks in my portfolio. They are a transportation holding company with domestic and international rail operations in North America focused on the north/south freight corridor connecting commercial and industrial markets in the central United States with industrial cities in Mexico. Their annual meeting is coming up on 5/7/2015. ProxyDemocracy.org had the votes of three funds when I checked and voted on 4/29/2015. I added the votes of OTPP. I voted with management 60% of the time and assigned Kansas City Southern a proxy score of 60.

View Proxy Statement. Read Warnings below. What follows are my recommendations on how to vote the Kansas City Southern 2015 proxy in order to enhance corporate governance and long-term value.

Kansas City Southern is a mid-cap company.  According to Equilar (page 6), the median CEO compensation at large-cap corporations was $4.9 million in 2013, so NRG Energy’s pay was substantially above than that, even factoring for inflation. Kansas City Southern shares underperformed the S&P 500 over the most recent six month, one, two, five and ten year periods.

The GMIAnalyst report I reviewed gave Kansas City Southern an overall grade of ‘C.’ According to the report:

Given underperformance and the above, I voted against the pay package.

Kansas City Southern Board of Directors and Board Proposals

Generally, when I vote against the pay package I also vote against the compensation committee, since they recommend the pay package to the full board. Therefore, I would have voted against: Henry R. Davis, Chairman, Robert J. Druten, and Rodney E. Slater had the opportunity been available. The board was declassified last year but directors elected prior or at the 2014 annual meeting will continue to serve out their terms.

I voted to ratify KPMG LLP as auditor, since less than 25 percent of total audit fees paid are attributable to non-audit work.

If a holder of our Common Stock wishes to present a proposal for inclusion in our proxy statement for next year’s annual meeting of stockholders, the proposal must be made in accordance with the applicable laws and rules of the SEC and the interpretations thereof, as well as our Bylaws. Any such proposal should be sent to our Corporate Secretary at P.O. Box 219335, Kansas City, Missouri 64121-9335 (or if by express delivery to 427 West 12th Street, Kansas City, Missouri 64105) and must be received no later than December 8, 2015.