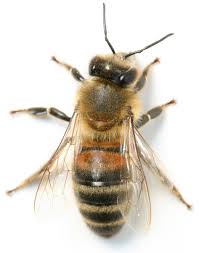 Friends of the Earth, Domini Social Investments and Trillium Asset Management praised Lowe’s (NYSE: LOW) for making a commitment to eliminate neonicotinoid pesticides — a leading contributor to global bee declines — from its stores.

We commend Lowe’s for taking a leadership position on this critical issue. Sales of neonic-containing products may be exacerbating a critical systemic risk – alarming declines in honeybees and wild pollinators that support our food systems. As investors and as human beings, we all depend upon pollinators. We believe Lowe’s actions will help protect an irreplaceable resource.

We are pleased Lowe’s is listening to consumer concerns and to the growing body of science telling us we need to move away from bee-toxic pesticides by taking steps to be part of the solution to the bee crisis. Bees are canaries in the coalmine for our food system and everyone, including the business community, must act fast to protect them.

Lowe’s public commitment will better position the company to meet the demands of an increasingly environmentally-conscious consumer base. And, it sends an important market signal that restricting the use of bee-harming pesticides is essential to tackling bee declines. We applaud the company’s positive steps on this issue.

Friends of the Earth Bee Campaign

This announcement follows a two-year campaign led by Friends of the Earth and allies* to urge Lowe’s and other garden retailers to stop selling plants treated with neonicotinoids and remove neonic pesticides from their shelves. More than one million people signed petitions and thousands of activists delivered letters directly to Lowe’s stores in cities across the U.S. and Canada asking for this change.

A study released by Friends of the Earth and Pesticide Research Institute, Gardeners Beware 2014, showed that 51 percent of garden plants purchased at Lowe’s, Home Depot (NYSE: HD), and Walmart (NYSE: WMT) in 18 cities in the United States and Canada contained neonicotinoid pesticides at levels that could harm or even kill bees. In the past year, more than twenty nurseries, landscaping companies and retailers—including Home Depot, Whole Foods (NASDAQ: WFM) and BJ’s Wholesale Club have taken steps to eliminate bee-killing pesticides from their stores. The UK’s top garden retailers including Homebase, B&Q and Wickes, have also stopped selling neonicotinoids.

Investors, in collaboration with the Investor Environmental Health Network, began engaging home improvement retailers and food companies in their portfolios about the environmental risks of neonics in 2013, the year Domini and Trillium opened conversations with Lowe’s about the topic.

While Domini and Trillium had constructive dialogue with Lowe’s, the investors chose to submit a shareholder proposal in November to stress the urgency of the issue. The proposal, submitted by Domini Social Equity Fund (Ticker: DSEFX) and by Trillium Asset Management, on behalf of  Ellen Webster, asked the company’s Board of Directors to conduct a risk assessment of its environmental protection policies and practices to determine whether continued sales of neonicotinoid-containing products are in the best interests of Lowe’s, its consumers and its shareholders.

The investors withdrew the shareholder proposal in response to new commitments which will help the company provide its customers with products that promote healthy gardens and reduce risks to pollinators and other beneficial organisms.

“Along with our allies, we will continue to work with Lowe’s and other retailers to move neonicotinoid pesticides off their shelves and out of garden plants as soon as possible to ensure bees can find save havens in our backyards and communities,” said Archer. “With a new spring planting season upon us, it’s important for gardeners to be aware that many plants in stores today still contain neonicotinoids. We look forward to the day shoppers can buy home garden plants without worrying about harming pollinators.”

Lowe’s announcement comes eight months after a meta-analysis of 1,121 peer-reviewed studies by the Task Force on Systemic Pesticides concluded neonicotinoids are a leading factor of bee declines and are harming birds, earthworms, butterflies and other wildlife. The Task Force called for immediate regulatory action.

In October, 2014, the Council on Environmental Quality issued guidance for federal facilities and federal lands which included acquiring seeds and plants from nurseries that do not treat these items with systemic insecticides.

On April 2, the EPA announced a moratorium on new or expanded uses of neonicotinoids while it evaluates the risks posed to pollinators. Last month, more than four million Americans signed petitions calling on the Obama administration to put forth strong protections for bees and other pollinators. The Pollinator Health Task Force, established by the White House this past June, is charged with improving pollinator health, and assessing the impacts of pesticides, including neonicotinoids, on pollinators.

ABOUT TRILLIUM ASSET MANAGEMENT: Founded in 1982, Trillium is the oldest independent investment advisor focused exclusively on sustainable and responsible investing. Trillium manages over $2.2 billion in assets for clients including high net worth individuals, foundations, endowments, religious institutions, and other non-profits.

ABOUT FRIENDS OF THE EARTH: Friends of the Earth fights to create a more healthy and just world. Our current campaigns focus on promoting clean energy and solutions to climate change, keeping toxic and risky technologies out of the food we eat and products we use, and protecting marine ecosystems and the people who live and work near them. Our Bee Action campaign.