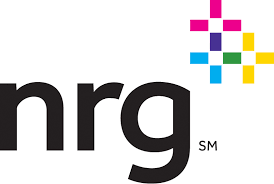 NRG Energy Inc $NRG is one of the stocks in my portfolio. They are an integrated wholesale power generation and retail electricity company in the United States. Their annual meeting is coming up on 5/7/2015. ProxyDemocracy.org had the votes of  funds when I checked and voted on 4/29/2015. I voted with management 69% of the time and assigned NRG Energy a proxy score of 69.

View Proxy Statement. Read Warnings below. What follows are my recommendations on how to vote the NRG Energy 2015 proxy in order to enhance corporate governance and long-term value.

NRG Energy is a mid-cap company.  According to Equilar (page 6), the median CEO compensation at large-cap corporations was $4.9 million in 2013, so NRG Energy’s pay was substantially above than that, even factoring for inflation. NRG Energy shares underperformed the S&P 500 over the most recent six month, one, two, five and ten year periods.

The GMIAnalyst report I reviewed gave NRG Energy an overall grade of ‘C.’ According to the report:

Given the above, I voted against the pay package and the bonus plan.

NRG Energy Board of Directors and Board Proposals

I voted to ratify KPMG LLP as auditor, since less than 25 percent of total audit fees paid are attributable to non-audit work.

CorpGov Recommendations for NRG Energy – Votes Against Board Position in Bold

In order for a stockholder proposal to be considered for inclusion in NRG’s Proxy Statement for next year’s Annual Meeting, our Corporate Secretary must receive the proposal no later than the close of business on November 27, 2015, which is the 120th day prior to the first anniversary of the date on which this Proxy Statement was first released to our stockholders in connection with the 2015 Annual Meeting. If we change the date of the 2016 Annual Meeting of Stockholders by more than 30 days from the anniversary of this year’s annual meeting, stockholder proposals must be received a reasonable time before we begin to print and mail the proxy materials for the 2016 Annual Meeting in order to be considered for inclusion in our Proxy Statement. Proposals must be sent via registered, certified, or express mail (or other means that allows the stockholder to determine when the proposal was received by the Corporate Secretary) to the Corporate Secretary, NRG Energy, Inc., 211 Carnegie Center, Princeton, New Jersey 08540. Proposals must contain the information required under our Bylaws, a copy of which is available upon request to our Corporate Secretary, and also must comply with the SEC’s regulations regarding the inclusion of stockholder proposals in Company sponsored proxy materials.