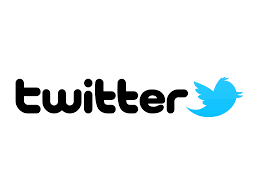 Twitter Inc (NYSE:TWTR), one of the stocks in my portfolio, operates as a global platform for public self-expression and conversation in real time. Their annual meeting is coming up on 6/3/2015. ProxyDemocracy.org had the votes of one fund when I checked on 5/19/2015. I voted with Board recommendations 50% of the time.

View Proxy Statement. Read Warnings below. What follows are my recommendations on how to vote the Twitter Inc 2015 proxy to enhance corporate governance and long-term value.

Twitter Inc is a large-cap company. According to Equilar (page 6), the median CEO compensation at large-cap corporations was $10.1 million in 2013, so Twitter Inc’s pay was higher than median. Twitter Inc shares outperformed the NASDAQ over the latest 1 and 2 year periods.

The MSCI GMIAnalyst report I reviewed gave Twitter Inc an overall grade of ‘C.’ According to the report:

I would have voted Against the pay plan but we don’t have that opportunity.

I normally vote against the directors on the compensation committee, since they recommended the pay package and stock plan to the full board: Peter Fenton (Chair), Peter Chernin and David Rosenblatt. Unfortunately, because the board is classified, I could not vote against Mr. Fenton or Mr. Chernin. Additionally, four board members own no stock in Twitter Inc.

Seeing no potential conflicts of interest, I voted in favor of ratifying the auditor.

CorpGov Recommendations for Twitter Inc – Votes Against Board Position in Bold

The Power of Shame Applied to CEOs and Corporations
LinkedIn Corporation: Proxy Score 17