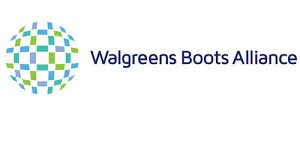 Walgreens Boots Alliance Inc (NASD:WBA), one of the stocks in my portfolio, is a global pharmacy-led, health and wellbeing enterprise with three divisions: Retail Pharmacy USA, Retail Pharmacy International and Pharmaceutical Wholesale. Their annual meeting is coming up on 5/28/2015. ProxyDemocracy.org had the votes of two funds when I checked on 5/19/2015. I voted with Board recommendations 54% of the time.

View Proxy Statement. Read Warnings below. What follows are my recommendations on how to vote the Walgreens Boots Alliance 2015 proxy to enhance corporate governance and long-term value.

From Yahoo! Finance: Walgreens Boots Alliance, Inc.’s ISS Governance QuickScore as of May 1, 2015 is 1. The pillar scores are Audit: 2; Board: 7; Shareholder Rights: 1; Compensation: 3. ISS scores range from “1” (low governance risk) to “10” (higher governance risk). Each of the pillar scores for Audit, Board, Shareholder Rights and Compensation, are based on specific company disclosures. That gives us a quick idea of where to focus…. Board.

The MSCI GMIAnalyst report I reviewed gave Walgreens Boots Alliance an overall grade of ‘C.’ According to the report:

Walgreens Boots Alliance: Board of Directors and Board Proposals

I voted against the directors on the compensation committee, since they recommended the pay package and stock plan to the full board: William C. Foote, Nancy M. Schlichting. Steven A. Davis, and Ginger L. Graham. Another reason for voting against Ms. Schlichting is that she has been on Walgreens board for 9 years but owns no stock. I like directors with some of their own “skin” in the game.

I voted to ratify the auditor, since I saw no potential conflicts of interest

I voted in favor of all the shareholder proposals at Walgreens Boots Alliance.

Mr. Chevedden’s proposal that senior executives retain significant stock until reaching retirement will incentivize them for the long-term, guarding against short-term gaming of the system.

Mr. Steiner’s proposal to reduce accelerated vesting of equity awards in the event of a change of control will better ensure pay for performance.

The proxy access proposal from the CtW Investment Group seeks to give shareholders the basic right to place shareholder nominees on the proxy. It is a standard 3% held for 3 years proposal but limits nominations to 20%, rather than 25%. I would have preferred the higher proportion but have agreed to 20% myself at other companies. This is a very important right.

Singing Field Foundation’s proposal simply asks that sustainability be among the performance measures used in setting the pay of senior executives… a very reasonable first step.

Stockholders may submit proposals appropriate for stockholder action at the Company’s Annual Meeting consistent with the regulations of the SEC. If you want Walgreens Boots Alliance to consider including a proposal in its proxy statement relating to the 2016 Annual Meeting, you must have delivered it in writing to the Company’s Corporate Secretary, Walgreens Boots Alliance, Inc., 108 Wilmot Road, Deerfield, Illinois 60015 by August 11, 2015 (or, if the date of the 2016 Annual Meeting is moved by more than 30 days, the deadline will be a reasonable time before the Company begins to print and send its proxy materials, which date will be announced by the Company), and such proposal and your submission thereof must comply with applicable SEC rules and regulations regarding the inclusion of stockholder proposals in company-sponsored proxy materials.