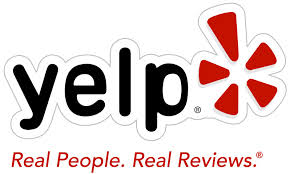 Yelp Inc (NYSE:YELP), one of the stocks in my portfolio, connects people with local businesses and let’s us rate them. Their annual meeting is coming up on 5/20/2015. ProxyDemocracy.org had the votes of no funds when I checked and voted on 5/13/2015 but I did locate the votes of CalSTRS. I voted with management 20% of the time and assigned ITC Holdings a proxy score of 20.

View Proxy Statement. Read Warnings below. What follows are my recommendations on how to vote the Yelp 2015 proxy to enhance corporate governance and long-term value.

Yelp is a mid-cap company. According to Equilar (page 6), the median CEO compensation at mid-cap corporations was $4.9 million in 2013, so Yelp’s pay last year was below median. Yelp’s shares outperformed the S&P 500 over the most recent two and five year periods. However, it underperformed the S&P 500 over the most recent six month and 1 year periods.

The MSCI GMIAnalyst report I reviewed gave Yelp an overall grade of ‘C.’ According to the report:

I voted for the pay plan.

Yelp: Board of Directors and Board Proposals

I voted against all the directors up for election, since none own any stock in our company yet have sat on the board for up to 10 years. Directors should have some of their own skin in the game. There were no Board proposals.

I blindly voted against the auditor, simply following the lead of CalSTRS. Hopefully, they have good reason.

CorpGov Recommendations for Yelp – Votes Against Board Position in Bold

To be considered for inclusion in next year’s proxy materials, you must submit your proposal, in writing, by December 12, 2015 to our Corporate Secretary at 140 New Montgomery Street, 9thFloor, San Francisco, California 94105, and you must comply with all applicable requirements of Rule 14a-8 promulgated under the Securities Exchange Act of 1934, as amended, or the Exchange Act.