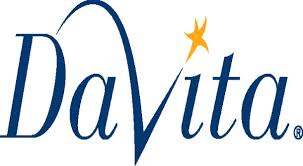 DaVita HealthCare Partners Inc (NYSE:DVA), one of the stocks in my portfolio, is a biopharmaceutical company focused on the development and commercialization of therapies to treat serious diseases for which there are limited treatment options. Their annual meeting is coming up on 6/16/2015. ProxyDemocracy.org had the vote of two funds when I checked and voted on 6/11/2015.  I voted with the board 50% of the time and assigned DaVita HealthCare Partners a proxy score of 50.

View Proxy Statement. Read Warnings below. What follows are my recommendations on how to vote the DaVita HealthCare Partners 2015 proxy in order to enhance corporate governance and long-term value.

From Yahoo! Finance: DaVita HealthCare Partners Inc.’s ISS Governance QuickScore as of June 1, 2015 is 4. The pillar scores are Audit: 2; Board: 8; Shareholder Rights: 4; Compensation: 5. Brought to you by Institutional Shareholder Services (ISS). Scores range from “1” (low governance risk) to “10” (higher governance risk). Each of the pillar scores for Audit, Board, Shareholder Rights, and Compensation, are based on specific company disclosures. That gives us a quick idea of where to focus… Board.

The MSCI GMIAnalyst report I reviewed gave DaVita HealthCare Partners an overall grade of ‘C.’ According to the report:

With above median relative pay and the above issues, I voted against the pay package and stock plan.

DaVita HealthCare Partners: Board of Directors and Board Proposals

I voted in favor of authorizing additional shares for the purpose of splitting the stock.

Of course, I voted in favor of the proxy access proposal from the UAW Retiree Medical Trust. The proposal uses the now standard language. As Nell Minow says, directors dance with the one that brought them… or something like that. Directors who are nominated and elected by shareholders can be expected to be more accountable.

If you wish to present a proposal for action at the 2016 annual meeting of stockholders and wish to have it included in the proxy statement and form of proxy that management will prepare, you must notify us no later than January 8, 2016 in the form required under the rules and regulations promulgated by the SEC. Otherwise, your proposal will not be included in management’s proxy materials.