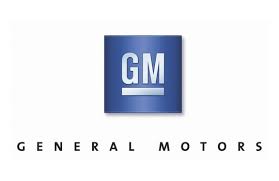 General Motors Company (NYSE:GM) designs, builds, and sells cars, crossovers, trucks, and automobile parts worldwide. It is one of the stocks in my portfolio. Their annual meeting is coming up on 6/9/2015. ProxyDemocracy.org had the vote of two funds when I checked and voted on 5/3/2015.  I voted with management 62% of the time and assigned General Motors a proxy score of 62.

View Proxy Statement. Read Warnings below. What follows are my recommendations on how to vote the General Motors 2015 proxy in order to enhance corporate governance and long-term value.

General Motors is a large-cap company.  According to Equilar (page 6), the median CEO compensation at large-cap corporations was $10.1 million in 2013, so General Motors’ pay is far above that number. General Motors shares under-performed the S&P 500 over the most recent one, two, and five year periods.

The GMIAnalyst report I reviewed gave General Motors an overall grade of ‘F.’ According to the report:

With far above median relative pay, under-performance and the above issues, I voted against the pay package.

General Motors: Board of Directors and Board Proposals

I voted to ratify General Motors’ auditor, since less than 25 percent of total audit fees paid are attributable to non-standard audit work.

With regard to shareholder proposals, of course I voted in favor of my (James McRitchie) proposal to move to an independent chair. GM wants to have the flexibility to move back to a combined CEO/Chair. In my experience, even CEOs need a boss. Sitting as both CEO and chair dilutes the board as boss.

I also voted in favor of Mr. Chevedden’s proposal for cumulative voting. Being able to focus our votes on a few candidates will facilitate the ability of shareholders to at least have few directors fully accountable to us.

CorpGov Recommendations for General Motors – Votes Against Board Position in Bold

The deadline for stockholders to submit a proposal under Rule 14a-8 of the SEC’s proxy rules for inclusion in the Company’s proxy statement for the 2016 annual meeting is December 26, 2015. Any proposals intended to be included in the proxy statement for the 2016 annual meeting must be received by the Company on or before that date. Please send proposals to the Corporate Secretary at the mailing address, or e-mail address given below.