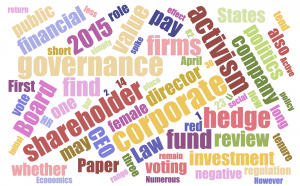 Now that proxy season is finally winding down, I had a few minutes to take a quick glance at recent research reported on SSRN. Below I am simply including a few citations and abstracts of studies that might be useful for shareholder advocates in the U.S. I’m sure I included some that are strictly academic and missed many more that would be useful. I would welcome  guest posts on such research from authors, critics or other interested parties. Please contact me via e-mail or by leaving comments below. 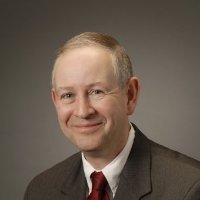 The implications for corporate law are significant. If corporate law does not recognize offensive shareholder activism as a corrective mechanism, then the benefits of such activism in terms of enhancing the managerial efficiency of public companies and increasing shareholder wealth may become significantly reduced. To facilitate this recognition, this Article provides new thinking on how Delaware’s Unocal test and Blasius standard of review should be applied by the Courts when the Board takes action to minimize the influence of activist hedge funds. Under both standards of review it is argued that corporate law should always take a skeptical view of any Board action taken to directly or indirectly mitigate the influence of this type of activism. This approach is not about shifting decision making authority from the Board to activist hedge funds, but simply putting limits on the Board’s ability to use the legal system to thwart the influence of hedge fund activism in a public company’s decision making process. 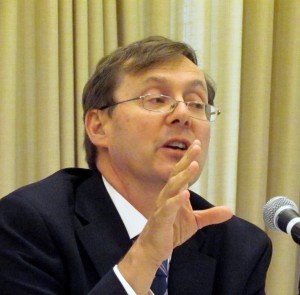 We test the empirical validity of a claim that has been playing a central role in debates on corporate governance — the claim that interventions by activist hedgefunds have a negative effect on the long-term shareholder value and corporate performance. We subject this claim to a comprehensive empirical investigation, examining a long five-year window following activist interventions, and we find that the claim is not supported by the data. We find no evidence that activistinterventions, including the investment-limiting and adversarial interventions that are most resisted and criticized, are followed by short-term gains in performance that come at the expense of long-term performance. We also find no evidence that the initial positive stock-price spike accompanying activist interventions tends to be followed by negative abnormal returns in the long term; to the contrary, the evidence is consistent with the initial spike reflecting correctly the intervention’s long-term consequences. Similarly, we find no evidence for pump-and-dump patterns in which the exit of an activist is followed by abnormal long-term negative returns. Our findings have significant implications for ongoing policy debates. 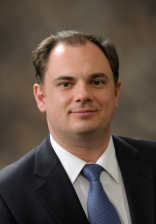 Fos, Vyacheslav and Li, Kai and Tsoutsoura, Margarita, Do Director Elections Matter? (May 23, 2015).

Using a hand-collected sample of more than 30,000 directors nominated for election over the period 2001-2010, we construct a novel measure of director proximity to elections — Closeness-to-election. We find that the closer a director is to her next election, the higher is CEO turnover-performance sensitivity. Each year closer to director elections is associated with a 23% increase in CEO turnover-performance sensitivity. Three tests support a causal interpretation of the results. First, when we require directors to have a minimum tenure of three years, there is no material change in the results, suggesting that the timing of when directors join their boards is unlikely to drive the results. Second, we find similar results when we use director Closeness-to-election on other boards as a measure of proximity to elections. Third, when we restrict the analysis to firms with unitary boards, there is no material change in the results, suggesting that director self-selection into firms with staggered boards does not drive the results. Cross-sectional tests suggest that, when other governance mechanisms are in place, CEO turnover-performance sensitivity is affected to a lesser extent by Closeness-to-election. We conclude that director elections have important implications for corporate governance. 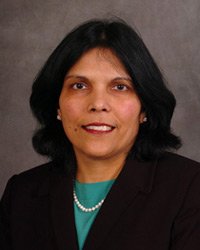 Aggarwal, Reena and Schloetzer, Jason D. and Williamson, Rohan, The Impact of Governance Mandates on the Evolution of Firm Value and Governance Culture (May 1, 2015).
Nearly 30 percent of U.S. industrial firms were required to alter their corporate governance practices to comply with revised stock exchange listing standards. We study the evolution of affected firms’ value and governance culture, measured using non-mandated governance practices, to shed light on the long-term impact of compliance. We find that affected firms had relatively lower firm values and fundamentally different governance cultures in the pre-mandate period. After compliance, the value gap between affected and control firms is reduced by 45 percent but nevertheless persists in the post-mandate period. We document that a potential channel through which the value gap persists is that affected firms have a governance gap; that is, their governance cultures remain less shareholder friendly. We conclude that factors present within firms affected by the corporate governance mandates have lingering effects on firm value and governance culture.

Bernstein, Aaron and Beeferman, Larry, The Materiality of Human Capital to Corporate Financial Performance (May 12, 2015).
Institutional investors have become increasingly interested in analyzing long-term investment risks and rewards posed by environmental, social and governance(ESG) factors. A growing body of data and analytical tools has been developed to assist in the task, but the focus has largely been on environmental and governance matters. This paper helps fill in the gap on social factors, specifically those involving how companies manage workplace relationships, a topic often referred to broadly as human capital or human resource (HR) management. We examine both a wide range of HR policies and separately those that relate directly to employee training.
Our survey of the literature on human capital found 92 empirical studies that examined the relationship between HR polices and financial outcomes such as return on equity, return on investment and profit margins. We conclude that there is sufficient evidence of human capital materiality to financial performance to warrant inclusion in standard investment analysis. However, we also find that doing so remains a challenge for a number of reasons. These range from the fact that companies do not provide investors with comparable data to a lack of consensus over which combinations of policies have the most impact on financial outcomes.

Ticked Off at Proxy Season
Recent Research for Shareholders in Corporate Governance: Part 2