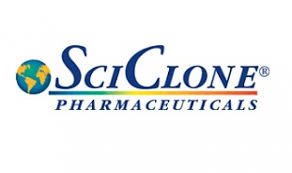 SciClone Pharmaceuticals, Inc. (NASD:SCLN) is one of the stocks in my portfolio. Their product portfolio of therapies includes oncology, infectious diseases and cardiovascular disorders.discovers, develops, manufactures, and markets therapies for the treatment of neurological, autoimmune, and hematologic disorders in the United States and internationally. Their annual meeting is coming up on 6/11/2015. ProxyDemocracy.org had the vote of one fund when I checked and voted on 6/9/2015.  I voted with management 78% of the time and assigned SciClone Pharmaceuticals a proxy score of 78.

View Proxy Statement. Read Warnings below. What follows are my recommendations on how to vote the SciClone Pharmaceuticals 2015 proxy in order to enhance corporate governance and long-term value.

From Yahoo! Finance: SciClone Pharmaceuticals, Inc.’s ISS Governance QuickScore as of Jun 1, 2015 is 6. The pillar scores are Audit: 10; Board: 3; Shareholder Rights: 6; Compensation: 6. Brought to you by Institutional Shareholder Services (ISS). Scores range from “1” (low governance risk) to “10” (higher governance risk). Each of the pillar scores for Audit, Board, Shareholder Rights, and Compensation, are based on specific company disclosures. That gives us a quick idea of where to focus… Audits.

The MSCI GMIAnalyst report I reviewed gave SciClone Pharmaceuticals an overall grade of ‘C.’ According to the report:

With below median relative pay and return, I voted for the pay package and stock plan, despite the above issues.

SciClone Pharmaceuticals: Board of Directors and Board Proposals

I voted against Gregg A. Lapointe and Simon Li since neither directors appears to own any stock in our company. I believe ‘skin in the game’ is motivating.

I voted to ratify SciClone Pharmaceuticals’ auditor, since less than 25% percent of total audit fees paid are attributable to non-audit work.

With regard to shareholder proposals, there were none.

CorpGov Recommendations for SciClone Pharmaceuticals – Votes Against Board Position in Bold

We welcome comments or suggestions from our stockholders. Stockholder proposals may be included in our proxy materials for an annual meeting so long as they are provided to us on a timely basis and satisfy the other conditions set forth in applicable SEC rules. For a stockholder proposal to be included in our proxy materials for the next annual meeting of stockholders, the proposal must be received by Corporate Secretary, SciClone Pharmaceuticals, Inc., 950 Tower Lane, Suite 900, Foster City, California 94404, not less than 120 calendar days before the first anniversary of the date our proxy statement released to stockholders in connection with the previous year’s annual meeting, which date shall be January 1, 2016.