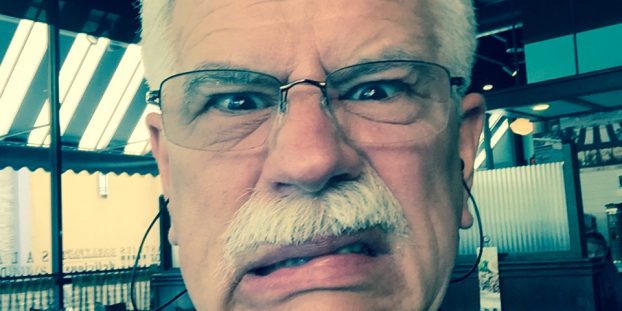 Last year it was a judge telling me he didn’t think I should have the right to submit a proxy proposal even though I owned 3-4 times the required threshold.

Generally, I take the hassles of being a shareowner advocate with a grain of salt. I’m able to ignore it and forget it but here’s a short list of things that stuck in my craw.

“In order to avoid controversy, shareholders should submit their proposals by means, including electronic means, that permit them to prove the date of delivery.” (my emphasis)

If the company holds its shareholder meeting in whole or in part via electronic media, and the company permits you or your representative to present your proposal via such media, then you may appear through electronic media rather than traveling to the meeting to appear in person. (my emphasis)

Yes, a company can deny my request but if they are going the electronic route, why deny me?

In accordance with applicable law and our Bylaws, the election of directors shall be by the affirmative vote of the majority of the votes cast. For the purposes of election of directors, although abstentions will count toward the presence of a quorum, they will not be counted as votes cast and will have no effect on the result of the vote. Brokers who hold shares in street name may not vote on behalf of beneficial owners with respect to Proposal 1 if they do not receive voting instructions from the beneficial owners. Unless a stockholder indicates otherwise, each signed proxy will be voted FOR the election of these nominees.

Yet, after I was able to rally shareholders and defeat one of the directors who holds no shares, I noticed their bylaws have a plurality standard. Was that a violation of Rule 14a-9?

(a) No solicitation subject to this regulation shall be made by means of any proxy statement, form of proxy, notice of meeting or other communication, written or oral, containing any statement which, at the time and in the light of the circumstances under which it is made, is false or misleading with respect to any material fact, or which omits to state any material fact necessary in order to make the statements therein not false or misleading or necessary to correct any statement in any earlier communication with respect to the solicitation of a proxy for the same meeting or subject matter which has become false or misleading.

What gets you ticked off during proxy season? I’m happy to hear from either side. Enter your gripes in the comment form below or email them to me.