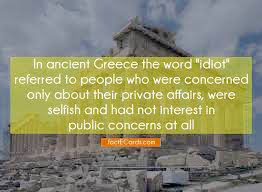 The Deal Professor, Steven Davidoff Solomon, recently discussed voting rules aimed at fostering “long-termism” in his post, France Answers Hostile Bids With the Two-Vote Share. While less damaging than dual-class shares issued at the IPO stage that continue ad infinitum, importing such a scheme to the United States would reinforce the behavior of idiots.

Two-vote shares after two years of ownership has a good intuitive feel. Why not reward long-term holders with more votes? But it also reminds me of arguments that students shouldn’t be able to vote in university towns because they are only temporary residents. I’m unfamiliar with the Florange Law, to which Solomon refers, and suspect I might find many aspects appealing, especially in the French context.

However, if double counting shares held for two years were imported to the US it would give inordinate power to index funds, which trade less frequently than actively managed funds and are built around the idea of minimizing costs to “consumers” of shares. In contrast, activist funds make their money by monitoring boards and managers and taking action to increase shareholder value.

It doesn’t pay index funds to spend on monitoring, since they never ‘overweight’ any one company. Every dollar they spend monitoring is an expense only to themselves but every dollar earned from monitoring must be shared with all other shareholders. In contrast, activist funds concentrate their investments into a few companies and take actions to ensure value is realized by the market. See parts 1-3 of my post Agency Capitalism: Corrective Measures. 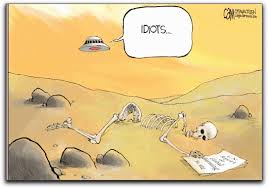 In essence, the French law incentivizes “idiot” corporate governance, in the sense of the original Greek meaning of that term. Idiots in Athenian democracy were those characterized by self-centeredness, concerned almost exclusively with private—as opposed to public—affairs. Declining to take part in public life, such as democratic government of the polis (city state), was considered dishonorable. “Idiots” were seen as having bad judgment in public and political matters, since they devoted little time to such duties and thus were not up on the issues of the day.

Unfortunately, social norms have changed over the last couple of millennia.  Now too few citizens or shareholders view refusal to actively monitor and participate in civic or corporate governance as dishonorable. That’s too bad. French sociologist Émile Durkheim gave us the term ‘anomie,’ the condition in which society provides little moral guidance to individuals. Of course, social bonds between an individual and community require a two-way street. I’m not sure we should trust index funds to direct traffic and make our major economic decisions, since they are incentivized to be “idiots.”

In our view, the board is management’s first line of defense against short-term pressures. Our starting point is to support management, particularly during periods where performance has deviated from the long-term trajectory.

As Levin notes, “BlackRock views the BoD as defenders of CEOs rather than shareholders, and supports management even when it underperforms.” Sounds like idiot behavior to me. And from Vanguard CEO Bill McNabb:

We have no interest in telling companies how to run their businesses, but we have valuable governance insights to share with the board of directors.

McNabb goes on to propose that boards consider a “shareholder liaison committee,” which Levin justifiably sees as a redundant sideshow. In Levin’s assessment, “he emphasizes gentle engagement on corp gov, rather than serious discussion of strategy, finances, and operations. He lets CEOs off way too easily.”

Engagement in Corporate Governance is Critical

Let’s not give more votes to to those least likely to keep up on the issues, monitor and take action… the idiots. I don’t mean to sound pejorative; I know many in the mutual fund industry who do a good job considering the resources available to them. However, the incentives just aren’t there… especially for those that essentially index. Activist funds really do have an important role. Your comments welcome, as always.

5 Responses to Turning Corporate Governance Over to Idiots