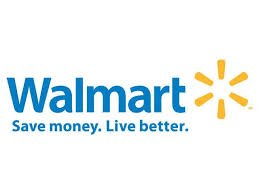 Wal-Mart Stores Inc. (WMT) operates retail stores in various formats worldwide  and is one of the stocks in my portfolio. Their annual meeting is coming up on 6/5/2015. ProxyDemocracy.org had the vote of one fund when I checked and voted on 5/31/2015.  I voted with management 52% of the time and assigned Wal-Mart Stores Inc. a proxy score of 52.

View Proxy Statement. Read Warnings below. What follows are my recommendations on how to vote the Wal-Mart Stores Inc. 2015 proxy in order to enhance corporate governance and long-term value.

From Yahoo! Finance: Wal-Mart Stores Inc.’s ISS Governance QuickScore as of May 1, 2015 is 8. The pillar scores are Audit: 10; Board: 10; Shareholder Rights: 6; Compensation: 7. Brought to you by Institutional Shareholder Services (ISS). Scores range from “1” (low governance risk) to “10” (higher governance risk). Each of the pillar scores for Audit, Board, Shareholder Rights and Compensation, are based on specific company disclosures. That gives us a quick idea of where to focus… audit and board.

The GMIAnalyst report I reviewed gave Wal-Mart Stores Inc. an overall grade of ‘F.’ According to the report:

With far above median relative pay, poor relative stock performance and the above issues, I voted against the pay package and stock plan.

Wal-Mart: Board of Directors and Board Proposals

As discussed in the GMIAnalyst report:

The dominant characteristic of Wal-Mart Stores, Inc.’s governance profile is the close relationship between the company and its founding family, the Waltons, who own nearly 51% of the company’s shares. The Waltons hold three board seats and there are extensive related-party transactions, features that may not be in the best interests of minority shareholders. Compounding these issues are pay practices that favor company management. Accordingly, recent shareholder votes reflect a moderate level of dissent among minority investors.

Until ownership shifts or disagreements among the Waltons arises, there is not much hope for significant changes driven by shareowners who are not insiders.

I voted against ratifying Wal-Mart Stores Inc.’s auditor based on the vote by CBIS. I don’t see possible conflicts of interest with the actual outside auditor… more with the audit committee itself, which has been conducting an internal investigation into alleged violations of the U.S. Foreign Corrupt Practices Act (FCPA) and other alleged crimes or misconduct in connection with foreign subsidiaries, and whether prior allegations of such violations and/or misconduct were appropriately handled by Wal-Mart. Unfortunately, several members of the audit committee serve together on other boards, served as a director or trustee of a Wal-Mart provider or have an immediate family member that is an  employee or officer of a Wal-Mart vendor or service provider.

With regard to shareholder proposals, of course I voted in favor of my own proposal (James McRitchie) for proxy access. That proposal, #6, would increase direct accountability of the directors to shareholders. Vote FOR proposal #6

All the other shareholder proposals also deserve support. Shareholder deserve the right to know if executive pay has been recouped to misconduct. (proposal 5) How can we hold management accountable without such information? Vote FOR #5.

Similarly, a report on greenhouse gas (GHG) emissions from its international marine shipping activities would provide important information on Wal-Mart’s supply chain management practices so shareholders can ensure management is acting responsibly on an issue that could influence the environment, as well as consumer behavior. Please vote FOR proposal #7.

Proposal #8 seeks a report to ensure Wal-Mart is putting its resources to best use to ensure return on investment. What could be better for shareholders? Vote FOR #8.

Proposal #9 seeks an independent chair. This is the same type of proposal I have introduced elsewhere and is especially critical at Wal-Mart with so much control in so few hands.

CorpGov Recommendations for Wal-Mart – Votes Against Board Position in Bold 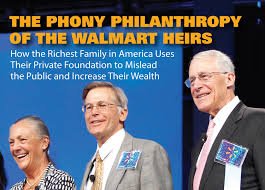 While there doesn’t appear to be significant issues of the normal nature with regard to corporate governance reported by SharkRepellent.net, I am concerned that Wal-Mart is a controlled company where decisions can easily be swayed more by family interests than those of ‘outside’ shareowners. In other words, the Waltons are looking out for themselves, not for us.

Shareholder proposals intended for inclusion in our proxy statement for the 2016 Annual Shareholders’ Meeting in accordance with the SEC’s Rule 14a-8 under the Exchange Act must be received by our company in the manner described above no later than the close of business on December 24, 2015.