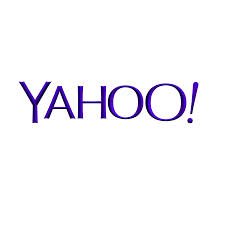 Yahoo! Inc. (YHOO), one of the stocks in my portfolio, is engaged in providing Internet search, communication and digital content. Their annual meeting is coming up on 6/24/2015. ProxyDemocracy.org had the vote of three funds when I checked and voted on 6/15/2015. I voted with the board 46% of the time and assigned YHOO a proxy score of 46.

View Proxy Statement. Read Warnings below. What follows are my recommendations on how to vote the YHOO 2015 proxy in order to enhance corporate governance and long-term value.

YHOO is a large-cap company.  According to Equilar (page 6), the median CEO compensation at small-cap corporations was $10.1 million in 2013, so YHOO’s pay is way above that number. YHOO shares out-performed the NASDAQ over the most recent one, two and five year periods but underperformed during the most recent ten year period. However, out-performance has not been proportionate to pay.

I reviewed gave YHOO an overall grade of ‘C.’ According to the report:

With far above median relative pay and the above issues, I voted against the pay package.

YHOO: Board of Directors and Board Proposals

I voted in favor of ratifying YHOO’s auditor, since less than 25 percent of total audit fees paid appear attributable to non-audit work.

I voted in favor of John Harrington’s proposal to establish a board committee on human rights. Yes, YHOO has taken several positive steps but a board level committee would provide greater oversight. I also voted in favor of John Chevedden’s proposal to allow shareholders to act by written consent, a right that might be quite useful in an emergency.

CorpGov Recommendations for YHOO – Votes Against Board Position in Bold