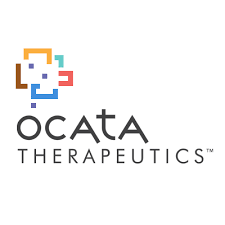 Ocata Therapeutics Inc (NASD:OCAT), formerly Advanced Cell Technology, Inc. is a promising biotechnology company engaged in the development and commercialization of human pluripotent stem cell technology in the field of regenerative medicine. The company is one of the stocks in my portfolio, purchased about a year ago. Their next annual meeting is July 22, 2015. ProxyDemocracy.org had nothing on the company when I checked and voted on 7/16/2015. I voted with the Board’s recommendations 37.5% of the time and assigned them a proxy score of 37.5.

View Proxy Statement. Would it bust their budget to add a hyperlinked table of contents? Read Warnings below. What follows are my recommendations on how to vote the Ocata Therapeutics proxy in order to enhance corporate governance and long-term value.

From Yahoo! Finance: Again, no rating from ISS. Too new, too small to be rated I presume. I hope we get something next year.

The GMIAnalyst report I reviewed included the following:

Ocata Therapeutics Inc is currently rated as having Very Aggressive Accounting & Governance Risk (AGR). This places them in the 8th percentile among all companies in North America, indicating higher accounting and governance risk than 92% of companies.

Because pay was substantially above median and Ocata Therapeutics shares substantially underperformed the NASDAQ I voted against stock incentive plan and all members of the compensation committee: Alan C. Shapiro (Chairman), Gregory D. Perry, Zohar Loshitzer and Michael Heffernan.

Despite the company amending filings and the very aggressive accounting, I voted to ratify the the  auditor.

Ocata Therapeutics: CorpGov Recommendations Below – Votes Against Board Position in Bold

Looking at SharkRepellent.net for provisions unfriendly to shareowners. Again, because of its newness and small size, Ocata Therapeutics is not included in their database regarding takeover defenses.

Proposals by any stockholder intended to be presented at the next Annual Meeting of Stockholders must be received by the Company for inclusion in material relating to such meeting not later than April 15, 2016.

2 Responses to Ocata Therapeutics: How I Voted – Proxy Score 37