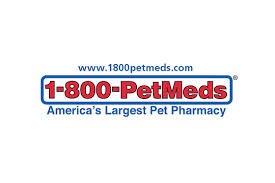 Petmed Express Inc (NASD:PETS), a promising pet pharmacy doing business as 1-800-PetMeds, is one of the stocks in my portfolio added earlier this year. Their next annual meeting is June 27, 2014. ProxyDemocracy.org had collected the votes of one fund when I checked and voted on 7/20/2014. I voted with the Board’s recommendations 78% of the time and assigned them a proxy score of 78. View Proxy Statement. Would it bust their budget to add a hyperlinked table of contents?

Read Warnings below. What follows are my recommendations on how to vote the MDVN proxy in order to enhance corporate governance and long-term value.

Petmed Express’ Summary Compensation Table (page 28) shows the highest paid named executive officer (NEO) was CEO Menderes Akdag at about $772,000. I’m using Yahoo! Finance to determine market cap ($347M) and Wikipedia’s rule of thumb regarding classification. PetMed Express is a small-cap company. According to Equilar (page 6), the median CEO compensation at small-cap corporations was $2.7 million in 2012, so PetMed Express’ pay is below that. PetMed Express shares outperformed the NASDAQ over the most recent one year period but underperformed for the most recent two, five and ten year periods.

The GMIAnalyst report I reviewed gave PetMed Express an overall grade of ‘B.’ However, according to the report:

Because pay was substantially below median and despite the problems noted by GMIAnalyst, I voted in favor of the pay package.

I voted to ratify the PetMed Express auditor, being unaware of any potential conflicts of interest.

I voted against the Board’s proposals to award specified restricted stock. Although I haven’t substantively analyzed the plans in relation to outstanding stock, the amount appear high to me. There is still time before the meeting to convince me otherwise if I see reasonable analysis.

Petmed Express: CorpGov Recommendations Below – Votes Against Board Position in Bold

Proposals that stockholders wish to be included in next year’s proxy statement for the annual meeting of stockholders to be held in 2016 must be received at the Company’s principal place of business at 1441 S.W. 29th Avenue, Pompano Beach, FL 33069, addressed to the Corporate Secretary’s attention, no later than February 12, 2016.