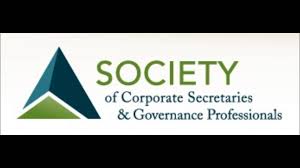 What a mouthfull. The 2015 National Conference in Chicago, 6/24-27, was my first time attending one of their events. Even though I’ve been blogging about corporate governance for almost 20 years, I didn’t know what they call themselves?  SCSGP? Even that is a mouthful; without vowels how would I pronounce it? Maybe “Corporate Secretaries?” It turned out to be just the “Society.” Like Modonna, Yanni, Sher, Twiggy, Enya, Charo, Bono and Voltaire, only one name is needed.  All those other societies will have to come up with other options to avoid confusion.

I stayed the first two nights at the Sheraton Chicago Hotel and Towers. Then we moved across the street to less expensive digs for an additional two vacation days. Looking out our windows from either venue, we could see Chicago’s Navy Pier and their frequent displays. Fortunately, the fireworks didn’t intrude on the Society’s Conference.

I was there primarily to be on the “Responding to Shareholder Proposals” panel, so didn’t attend as press. Instead of taking lots of pictures and notes, I met with quite a few people, had fun and even took my first pilates class.

Thank you Carolyn Coffey with Corporations Service Company for the pilates. No one can say you aren’t flexible.

I also met briefly for the first time with fellow bloggers Broc Romanek and Randi Val Morrison, even though we have exchanged email for years. If you don’t subscribe to Broc’s Blog, Proxy Season Blog, The Mentor Blog and all the other great stuff at TheCorporateCounsel.net, you are really missing out. Did I just give them a free ad? I’ll try not to do that again.

SEC Chair Mary Jo White gave the opening address. She thanked the Society for its comments on rulemaking, told attendees to be proactive with shareholders and emphasized the need for fair and efficient proxies. Fortunately, most of her speeches appear on the SEC’s website, so you can read the full text if interested. I provide a few highlights below with a small dose of commentary. 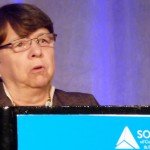 I am honored to be with you here in Chicago at the Society’s 69th National Conference. Over the years, the Society has consistently provided thoughtful comments to the Division of Corporation Finance and the Commission on a wide variety of issues and proposed rules…

Publisher: I wish I agreed more often with the Society’s comments. We’re on opposite sides on many issues. Contrast the comments of Darla C. Stuckey and James McRitchie on (i)(9).

Chair White mentioned that over 80% of shares are held in street name. What she didn’t mention is that rules that apply to proxies don’t apply to voter information forms (VIFs), so most shareholders and 80% of shares aren’t protected by the rules the governing rules. See my 2009 petition to the SEC, still waiting action. 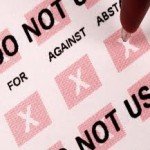 Chair White mentioned that after objections from certain brokers, Broadridge no longer provides preliminary vote tallies to shareholder proponents who have distributed exempted solicitation materials. Many, including the SEC-IAC, have expressed concern that rules should be impartial. and are willing to sign a confidentiality agreement, unless the company subject to the solicitation Division of Corporation Finance staff interpret current rules to not address such disclosures.

She advised Society attendees to “engage in a constructive dialogue with their shareholders and work to facilitate constructive solutions to issues they raise… consenting to a mechanism that provides the interim vote tallies to shareholder proponents.”

As with many issues, while rulemaking certainly can provide a remedy, I would like you to consider whether rulemaking is the only way to solve these concerns. I understand that a possible solution was being worked on by the Society, the Council of Institutional Investors and Broadridge, but those discussions broke down. That is unfortunate. A solution that you and the other interested parties develop together can achieve a good compromise and strengthen relationships. Indeed, companies should see this not as a problem to be solved, but as an opportunity to improve investor relations. 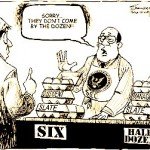 No one specifically called into question the fundamental concept that our proxy system should allow shareholders to do through the use of a proxy ballot what they can do in person at a shareholders’ meeting.

…I have asked the staff to bring appropriate rulemaking recommendations before the Commission on universal proxy ballots.

…Give meaningful consideration to using some form of a universal proxy ballot even though the proxy rules currently do not require it… Providing shareholders with the same voting rights that they would have if they were present at the meeting and eliminating procedural obstacles should be a shared goal of both companies and shareholders.

This seems unlikely, especially where control of a company is at stake… but doing so might exude a sense of corporate confidence.

What does the continued presence of such directors say about a company’s general responsiveness to its shareholders?

In recent years, there has been a shift away from corporate practices that simply allow directors to remain when less than a majority of shareholders wants them there. “Plurality plus resignation” and majority voting regimes have become the norm at larger companies, and require at least some action by the director and board. 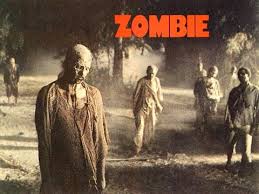 Under a plurality plus resignation voting regime, the director nominees agree in advance to resign if they receive a majority of withhold votes… withheld votes are associated with increased director turnover. The same study showed that directors who face even a 30% dissent rate are more likely to depart from the board, and if they remain, they are more likely to be moved to less prominent positions on the board…

Any company that is serious about good corporate governance should provide such information on its own. It should share the board’s thought process and reasons with shareholders — inform the shareholders in clear terms why the board member’s resignation was not accepted, why the director was considered important for the strength of board decision-making, for the growth of the company, for the relevant experience represented, or for the expertise that would be lost. Be specific, and avoid boilerplate…

Although most large-cap companies have adopted some form of majority voting requirements for director elections, most companies have not. Last year, for example, the Reeds, Inc. 2014 proxy (page 7 at ) stated: “The affirmative vote of the majority of the votes cast at the Annual Meeting is required to elect the directors.” However, even though one director failed to win a majority vote, Reeds’ 8-K filing declared “the Company’s shareholders elected the existing board of directors for a one year term.”

As far as I know, Reeds has taken none of the actions advised by Chair White to “provide its shareholders with a specific explanation of the board’s thinking on retaining the board member.” I submitted a proposal to shift to majority voting for directors. We’ll see where that goes. Insiders own about 26% of shares.

My final topic is another area of shareholder engagement that is near and dear to all of you — shareholder proposals. As you know, it has been a busy and interesting season. The staff received more than 300 requests from over 200 companies to exclude shareholder proposals addressing a wide range of topics from human rights to proxy access. Overall, the number of requests was up approximately 10% from the prior season, but down slightly from two years ago.

This season, the matter that received the most attention was Rule 14a-8(i)(9), particularly as it related to proxy access proposals.

Rule 14a-8(i)(9), as you know, allows a company to exclude a shareholder proposal that “directly conflicts” with one of the company’s own proposals…

The Society and others were very concerned that shareholders would be confused by two “competing” proposals and that companies would not know what to do if shareholders voted in favor of both proposals. Based on this year’s experience, that did not occur. It seems that shareholders were able to sort it all out and express their views. The staff is considering that fact and the other results of the season as it completes its review of Rule 14a-8(i)(9) — obviously with the goal of providing clarity for next year’s proxy season.

I have been working with institutional investors on comments submitted to the SEC and urged other readers of this blog to weigh in. See Take Action: Defend Your Vote – SEC’s Rule 14a-8(i)(9) Review.

Chair White went on to note that most proposals don’t go through the no-action process.

Companies in many cases should consider other possible steps they could take in response to a proposal rather than just saying no. Sometimes, foregoing technical objections could be the right response. Letting shareholders state their views on matters may be a relatively low cost way of sounding out and preventing potential problems down the line.

The four areas I talked about today obviously represent only a small part of the broader company-shareholder relationship and a small sample of proxy-related issues we are considering at the Commission. We are very interested in what you think and how you are approaching the full range of issues and practices that relate to enhanced shareholder engagement and more meaningful communications…

The basic message seemed to be that issuers should try to work out their differences with shareholders directly, rather than relying so much on the SEC.