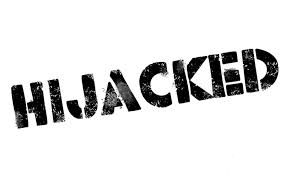 As proxy season draws to an end, managers, boards and their legal advisors are calling on the SEC to allow companies to exclude shareholder proposals if a company includes a proxy proposal on the same subject, even if it would do the opposite of the shareholder proposal. That recommendation threatens to hijack the very existence of the proxy proposal system, which simply  allows shareholders to petition boards to take action and to put those petitions to a proxy vote to gauge support from  shareholders. Your meaningful vote in corporate elections and the foundations of democratic corporate governance are at stake.

Comments are being solicited by the SEC. If you own stocks, have a pension, any money in a mutual fund, or ever hope to have either, you have a say in how our corporations are run. You don’t have to be a CEO, director, or fund manager to express your opinion. All comments will be posted on the SEC i9 comment webpage. I ask that you to email something like the following to i9review@sec.gov: 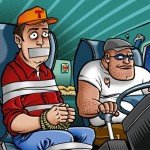 Thank you for allowing me to comment on the Division’s review of SEC Rule 141-8(i)(9). After reviewing a few of the comments posted by the SEC on this review, I conclude the following approach is appropriate to preserve the integrity of the shareholder resolution process:

A “direct conflict” can be found only if both proposals, the company’s and the shareholder’s, are binding and there is a direct conflict between the terms. Such a legal conflict is a clear and coherent interpretation of the rule.

Company proposals announced subsequent to a shareholder proposal should be presumed to be counterproposals, for which the rule is inapplicable.

Last year I submitted a proxy access proposal to Whole Foods Market (Whole Foods) asking the board to allow shareholders holding 3% of the shares for a minimum of 3 years to be able to place nominees on the proxy totaling up to 20% of the board. Whole Foods responded with a request to the SEC asking for a no-action letter based on Rule 14a-8(i)(9), which allows for the exclusion of proposals that “conflict with one of the company’s own proposals. . . ”

They told the SEC they intended to submit a proposal on the same subject but allowing only a single shareholder holding 9% of shares for five years to place the name of one nominee on the proxy. The SEC granted the no-action and later rescinded it, following my appeal when Chairwoman White requested a review of the rule. Staff subsequently announced they would not express any views under rule 14a-8(i)(9) for the current proxy season.

Chair While recently included the following pertinent remarks in a recent speech:

What if management’s proposal could be viewed as a proposal that, if adopted, may purport to provide shareholders with the ability to do something, such as call a special meeting or include a nominee for director in a company’s proxy materials, but that, in fact, no shareholder would be able to meet the criteria to do so? If a company excludes a shareholder proposal because it conflicts with the company’s own proposal on the same subject matter, should the company have to disclose to its shareholders the existence of the shareholder proposal? What if the company’s competing proposal was offered only in response to the shareholder’s proposal — should the company have to disclose its motivations for its own proposal? I am looking forward to the results of the staff’s review on these and other questions.

In impartially administering the rule, we must always consider whether our response would produce an unintended or unfair result. Gamesmanship has no place in the process. (my emphasis)

Gamesmanship is exactly what many in the issuing community and their legal counsel have been playing.

The essential principle at the core of capitalism is the assurance that investors’ money will be honorably managed by the corporate executives. That means if their interests are misaligned, shareholders can voice their opinion, take action and ultimately replace directors. That is much less likely if entrenched boards can challenge any shareholder proposal after it has been submitted with a newly minted sham proposal.

The Whole Foods counter proposal was pure fantasy. If passed, it could never have been invoked. Their largest shareholder, Vanguard only holds 5.5% and probably substantially less than that has been held for five years. Even index funds are constantly buying and selling shares to rebalance their portfolios to meet the index.  To my knowledge, Vanguard has never submitted a shareholder proposal on any subject, let alone nominated a director.

Thank you for the opportunity to offer comments relative to the interpretation of Rule 14a-8(i)(9), allowing exclusion of shareholder proposals that directly conflict with management proposes.

The initial no-action letter issued to Whole Foods Market (Whole Foods) last year sanctioning the exclusion of my proxy access proposal (later rescinded) was based on a gradual reinterpretation of Rule 14a-8(i)(9), without going through the rulemaking process. It was an unnecessary limitation on the shareholder franchise, effectively depriving shareholders of rights that exist under state law, and is inconsistent with the Commission’s intent in adopting subdivision (i)(9).

Rule 14a-8(i)(9) allows for the exclusion of proposals that “conflict with one of the company’s own proposals. . . ” 17 CFR 240.14a-8(i)(9). The provision was never intended to bar shareholders from considering alternative proposals on a similar topic, even when the competing proposals contained different terms.

The current iteration of subsection (i)(9) was added in 1998. See Exchange Act Release No. 40018 (May 21, 1998) (adopting release at http://www.sec.gov/rules/final/34-40018.htm). In proposing the language, the Commission noted that the provision was consistent with the “long-standing interpretation” that permitted “omission of a shareholder proposal if the company demonstrates that its subject matter directly conflicts with all or part of one of management’s proposals.” In providing examples of the “long-standing interpretation” the Proposing Release No. 39093, http://www.sec.gov/rules/proposed/34-39093.htm) cited two no action letters: General Electric Corporation (Jan. 28, 1997) and Northern States Power Co. (July 25, 1995).

In General Electric, the “conflict” arose out of two binding proposals that affected stock option plans. The shareholder proposal called for the mandatory indexing of the exercise price. In contrast, the Company proposal assigned to the board the discretion to determine the exercise price so long as the exercise price was not less than the market price. If adopted, therefore, the company would face a “direct conflict” in law, with pricing formulas that were inconsistent. As a result, the staff agreed that the proposal could be excluded.

In Northern States Power Co. (July 25, 1995), the company intended to submit a merger agreement to shareholders. The shareholder proposal at issue sought to circumvent the normal proxy solicitation process, requesting that management negotiate a more equitable merger agreement, specifically the payment of alternative consideration. As pointed out in the June 10, 2015 letter from Gibson Dunn, et al., the original intent of the provision appears to have been “to prevent shareholders from using Rule 14a-8 to mount proxy contests without complying with the rules relating to proxy contests.”

These no-action letters illustrate that, at the time of the adoption of the current version of subsection (i)(9) by the full Commission, proposals could be excluded only under very narrow circumstances. Staff also made clear that subsection (i)(9) could not be used as a tactical weapon in order to exclude shareholder proposals. To the extent company proposals were developed “in response to” a proposal submitted by shareholders, the subsection was unavailable.[1]

The suspension of Staff comment on applicability of the rule during the 2015 season provided a real-world experiment in how companies could reconcile shareholder and management proposals within the same proxy. The sky did not fall. Several companies included “conflicting proposals” from the board and shareholders, allowing shareholders to vote in favor of either or both. The outcomes were not confusing, but rather provided additional information regarding the preferences of shareholders. 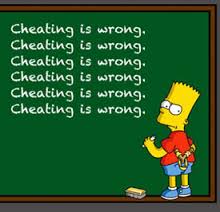 In addition, more than a dozen companies that filed no action requests asserting that they intended to publish their own proxy access proposals, with which shareholder proposals “conflicted,” failed to follow through and instead argued against the entire concept of proxy access in any form. See the letter from Michael Garland at http://www.sec.gov/comments/i9review/i9review-7.pdf. It appears they were gaming the system with the purpose denying shareholders a voice.

Staff should issue a Staff Legal Bulletin clarifying the circumstances when Rule 14a-8(i)(9) can be properly invoked:

I urge Staff to carefully consider the above outlined approach to Rule 14a-8(i)(9) and would welcome the opportunity to discuss any of the above further at your convenience.

[1] See Cypress Semiconductor Corporation (March 11, 1998) (“The Division is unable to concur in your view that the proposal may be excluded under rule 14a-8(c)(9). Among other factors that the staff considered in reaching this result, the staff notes that it appears that the Company prepared its proposal on the same subject matter significant part in response to the Mercy Health Services proposal.”); see also Genzyme Corporation (March 20, 2007) (“We are unable to concur in your view that Genzyme may exclude the proposal under rule 14a-8(i)(9). Among other factors that we considered in reaching this result, we note your representation that you decided to submit the company proposal on the same subject matter to shareholders, in part, in response to your receipt of the AFL-CIO Reserve Fund proposal.”).