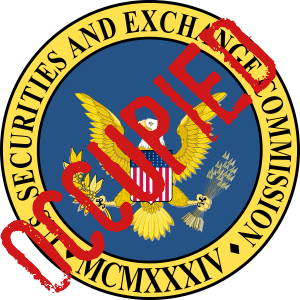 Join Occupy the SEC in Urging the President and the Senate to Appoint a Progressive as SEC Commissioner. Click here to send your message. My message was generated from California, thus the addressees.

As your constituent, I am requesting that you help ensure that the upcoming vacancy for the post of SEC Commissioner is filled with a regulator who has demonstrated commitment to financial reform. Our country needs an SEC Commissioner who possesses a strong record of advocating for the protection of consumers and investors.

Pushback from elected officials and advocates recently forced the Obama Administration to rethink the nomination of corporate attorney Keir Gumbs as the replacement for outgoing SEC Commissioner Luis Aguilar. In your search for a new nominee, I urge you to work with the President to appoint a regulator who will not kow-tow to big banks and other financial behemoths like past Commissioners have done.

The sometimes disappointing leadership of Chair Mary Jo White is a reminder of why the SEC needs another bold voice committed to enforcing the law, ensuring market fairness, and protecting investors and the public. Under Chair White’s leadership, the agency:

Moreover, Chair White has been recused from numerous cases because of conflicts of interest arising from her previous work as a Wall Street defense lawyer. We know she can do great things when supported as she did when suspending the SEC’s interpretation of Rule 14a-8(i)(9). 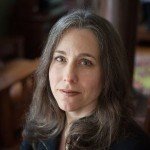 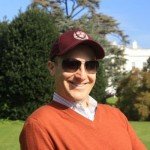 It is time to put the public interest first, and promote SEC nominates whose professional past will not prevent participation in enforcement activities. I endorse strong progressives such as Vermont Law School Professor Jennifer Taub or Andrew J. Green, Counsel to Commissioner Kara Stein.

The nomination of a true progressive will send a powerful message that the Administration believes the SEC mission of serving as a market watchdog is critical. Please ensure that the Senate selects a regulator who can lead the agency, enforce the rules, and provide real market accountability.

SEC Nominations to Support Making Corporations More Democratic from Within

These are powerful positions. Commissioners develop some of the most important rules regarding how corporations are governed. The boards and managers of corporations, through their products and services AND through their political contributions and lobbying efforts, determine or certainly strongly influence everything from the tools we use, food we eat, air we breathe, and even who will represent us in political bodies.

The rules of democracy matter. We need SEC Nominations and Commissioners who will write rules to make corporations more democratic from within. Because they are so powerful, we need stronger forms of democratic corporate governance. More at https://www.corpgov.net.