As you may have read by now Microsoft Makes It Easier for Shareholders to Nominate Candidates to Board, another company where we filed for proxy access has adopted proxy access lite.

We were glad to play a role in negotiating the change on behalf of shareholders and withdrew our proxy access proposal contingent on the Board’s adoption of specified terms.

As I pointed out in Proxy Access Lite: Victories at Whole Foods, H&R Block, some provisions may need to be amended in the future to provide the robust accountability envisioned.

We see this as another breakthrough for both Microsoft and the spread of proxy access. The Board’s action is in line with a growing number of boards that increasingly recognize shareholders deserve a possible avenue of more direct influence over the nomination and election of board members.

Allowing shareholder’s to nominate up to 20% of the board sounds better than it really is because Microsoft’s bylaws round down to the nearest whole number. Thankfully, Microsoft included provisions that clarify the number of possible shareholder nominees shall not fall below two. That somewhat ameliorates the 20% limitation.

I’m writing to let you know that on Friday, the Microsoft Board of Directors approved amendments to our bylaws to adopt proxy access.  The amendments were consistent with our earlier conversation after which you conditionally agreed to withdraw your proposal, with one further change.  The bylaws as amended provide that the greater of two seats or 20% of the Board are available for proxy access candidates. 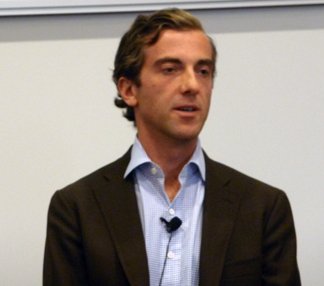 That last provision, providing for two candidates, was a very nice touch by the Board. I also appreciate the fact that Mason Morfit of ValueAct Capital is on the current board.  Microsoft is now ahead of many in its proxy access and corporate governance. See this post by John Seethoff, Vice President and Deputy General Counsel.

In my brief analysis, the most critical variation adopted by Microsoft is the limitation on the number of participants in a group.

While there are a few large funds like Vanguard, Capital Research, SSgA and BlackRock that own more than 3% of Microsoft, Vanguard has never filed a proxy proposal, let alone nominated a director. While commercial funds like Vanguard may vote for proxy access candidates, they aren’t likely to nominate them. (As you can imagine, it might be hard to sell 401(k) services to a company where you are taking action to replace directors.)

The role of nominating candidates under proxy access seems most likely to fall to public pension funds. The largest block of stock held by a public pension fund is 0.33% of shares by New York Common Retirement Fund. Other public funds hold substantially less, so establishing a group owning 3% for three years is problematic with a limitation on the number of participants.

As the Council of Institutional Investors (CII) recently noted in their report Proxy Access: Best Practices:

The ability to aggregate holdings is crucial to the effectiveness of proxy access—without it, a proxy access provision would not be viable.

I will take a closer look at Microsoft’s bylaws and will assess further developments before deciding whether or not to seek amendments next year. For now, I am very pleased with the substantial progress being made towards proxy access and with the progress being made specifically at Microsoft. The company also seems headed in the right direction with regard to products and services as well.