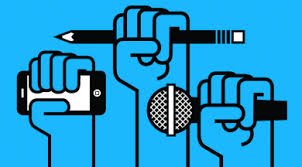 If you thought 2015 was the year of proxy access, wait until you see next proxy season. These news stories on proxy proxy access are worthy of note but are in no way a comprehensive list of such posts.

Broc Romanek reports on a blog by Cooley’s Cydney Posner:

The SEC has posted a new staff working paper – “Public versus Private Provision of Governance: The Case of Proxy Access” – reporting on a study conducted by the SEC’s Division of Economic and Risk Analysis (DERA), of the “tradeoffs” between universal regulatory mandates and so-called “private ordering” in the context of proxy access. Is the study the first step in a reproposal of mandatory proxy access rules? The study takes a look at the unique history of proxy access, which the SEC mandated for all public companies in 2010.

Interesting – the opening footnote in the referenced paper explains:

Still, the paper is posted to the SEC’s website. It seems likely the SEC is at least considering another attempt at universal proxy access. Here’s speculation from Posner:

The question then is whether DERA’s study was undertaken only to take advantage of the unusual history of proxy access to study private ordering versus universal mandates as an abstract matter, or whether the SEC is in fact considering a reproposal of a proxy access rule, with the DERA study constituting just part of the enhanced analytical justification. Has the benefit of private ordering been to set the stage for universal proxy access, as the NYC Comptroller’s office indicated? If so, will the 4th time be the charm?

And here’s the study’s conclusion:

In this study we provide the first systematic academic analysis of the usage and effectiveness of the private ordering process for proxy access in the U.S. The efficacy of such a market- driven approach to delivering a governance mechanism cannot be taken for granted, particularly because of the role that various agency problems may play in the private provision of governance.

Our unique setting allows us to directly study the frictions that affect the private process and to compare it with the alternative of a universal mandate.

We document the emergence of numerous cases of privately initiated proxy access proposals, with a marked increase in the cases and success of this type of engagement over time. However, we find that shareholders do not target disproportionately those firms that, as measured by their returns on the announcement of the stay of the 2010 proxy access rules, were expected to benefit most from proxy access. We also find that management is more likely to resist proposals in firms that stand to benefit more from proxy access, providing further evidence that the private ordering process may struggle to deliver proxy access where the market believes it to be most valuable. Finally, we find that the proposals have been converging to standard terms, particularly the three percent for three years ownership requirement of the invalidated 2010 proxy access rule, which suggests that the private ordering process is not tending towards the delivery of customized, firm-specific solutions, as may have been expected.

Overall, we document that the private ordering process provides a functioning, albeit imperfect, channel for the implementation of a governance mechanism, providing hope for the market-driven institution of governance tools more broadly. Notably, this channel lacks some of the theoretical strengths of a market-driven solution. It remains to be seen if the increased engagement by key institutional shareholders will usher in a new era of proxy access.

Their conclusion is spot on. We need a mandate for universal proxy access AND the ability of private ordering so that we can bring proxy access to the companies most in need and make reasonable firm-specific adjustments.

This post from Holly J. Gregory, Sidley Austin LLP, is about the best summary of the season in proxy access I have seen.

Key Highlights of Shareholder Proxy Access Proposals Voted on in 2015*

The New York City Pension Funds, CalPERS and other large labor-affiliated pension funds each filed Form PX14A6Gs with the SEC enabling them to communicate in support of their proxy access proposals (but not collect actual proxies) without such communications being subject to the proxy solicitation rules…

Spotlight: Limitations on the Size of the Nominating Group

Companies that have already adopted proxy access should bear in mind that shareholders may seek to modify the terms of such provisions in the future. For example, Mr. McRitchie, the proponent at Whole Foods and several other companies that have since adopted proxy access, has criticized many proxy access bylaws as embodying “proxy access lite” and has indicated that he may in the future propose “precatory or binding bylaw resolutions to try to eliminate the limitation on group participants and to address other possible issues to be discovered upon closer examination of adopted bylaws.”

It remains to be seen whether the SEC would grant no-action relief to a company wishing to exclude a shareholder proposal that sought to eliminate a limit on the size of a nominating group. As noted above, General Electric succeeded in arguing that its proxy access bylaw substantially implemented a shareholder proxy access proposal even though the company’s bylaw limited the size of the nominating group to 20, whereas the shareholder’s proposal included no such limit…

As companies are considering these alternatives, they should:

I fully expect to see increasing use of Form PX14A6Gs. This is a great way to get the word out to shareholders. I’m surprised no company appears to offer a very inexpensive cut and paste service for $25 or so. Hopefully, coming.

20015 certainly has been a turning point for my own proxy access efforts. I finally gave up on trying to get more favorable terms than those specified in the SEC’s overturned Rule 14a-11. Now, after endorsing that language, I find myself facing an increasing number of ”proxy access lite’ provisions. As Ms. Gregory mentions above, I will be circling back to these companies to get more favorable terms.

I think “substantially implemented” may hold in the year of board adoption will not hold in subsequent years… just as the SEC has allowed proposals to reduce special meeting and written consent thresholds.

Whole Foods Market Inc adopted new rules to make it easier for groups of small shareholders to run candidates for the company’s board of directors, according to a U.S. securities filing that outlines changes sought by a critic…

McRitchie said that in response to the company’s change he has withdrawn a similar shareholder resolution he had filed, although he would prefer more liberal standards such as having no limit on the number of shareholders who could band together to run director candidates.

Small shareholders? The role of nominating candidates under proxy access seems most likely to fall to public pension funds. The largest block of stock held by a public pension fund is 0.27% of shares by New York Common Retirement Fund. Combining the six largest ho

Holdings of public pension funds gets us to less than 1.2% of Whole Foods. After that, public fund holdings drop off precipitously. Therefore, under proxy access lite, shareholder nominations are highly unlikely, because the limitation of 20 participants will make nominations extremely difficult. So funds with probably around a trillion dollars of assets won’t be able to use the new rules.

The campaign of New York City Comptroller Scott Springer, on behalf of New York City’s pension funds, to introduce proxy access proposals at 75 different large public companies is well under way, and preliminary indications are that the approval rate of such proposals is resoundingly high…

it is not hard to imagine that Mr. Springer in the months and years ahead will train his proxy access sights on a much wider swath of companies than the 75 original targets from the 2015 proxy season.

As the proxy season concludes, many companies will begin to transition to a period of “off season” shareholder engagement, a review of 2015 developments and consideration of corporate governance enhancements to implement in advance of the 2016 proxy season. For most companies, proxy access should be on the agenda for discussion…

Depending on one’s assessment, including the company’s vulnerability to receiving a proxy access shareholder proposal in the near term, there may be advantages for companies to move quickly.

For US companies, the hot governance topic of the year is undoubtedly proxy access. In the run-up to this year’s proxy season, more than 100 companies either received shareholder proposals on proxy access or unilaterally agreed to implement it. Just as importantly, major institutional investors and proxy advisers came out in support of opening up the director slate – though they didn’t all agree on the details…

One of the drivers for the sweeping adoption of proxy access this year came last September when James McRitchie, governance advocate and founder of CorpGov.net, filed a proxy access proposal at Whole Foods using the same criteria as the SEC’s original rule. Whole Foods then produced its own proxy access amendment: shareholders would have to own 9 percent of the shares for at least five years…

One warning is that it may become harder for companies to negotiate as proxy access spreads. Partly that’s because a stronger consensus will form around best practice. But it’s also because governance advocates are keen to implement as much proxy access as possible early on to get the ball rolling, and so may give companies less leeway as time goes on. McRitchie refers to this as giving companies a pass. Speaking to IR Magazine in March, he said: ‘Talk to the proponent and your other shareowners. Proxy access is ‘on sale’ this year with opportunities that might never come again.’…

‘The issue is in its early stages,’ says Schneider. [Ron Schneider, a former proxy solicitor and current director of corporate governance services at RR Donnelley.] ‘Majority voting in director elections has been growing gradually over the last decade, and I think the same will happen with proxy access. It’s going to be a multi-year or even decades-long march.’

Will it take decades? That seems unlikely with regard to large companies but he’s probably right for mid- and small-caps.