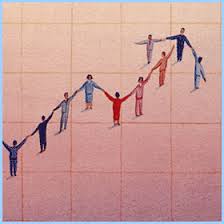 In part 2 of a post on facilitating votes and activism by retail shareowners I continue to speculate on what could be done to improve the situation by recalling some of the better features of major efforts to date and possible improvements that would help conscientious shareowners. As Mark Latham reminded me after yesterday’s part 1,

We retail shareowners own all of the shares traded in the United States — 1/3 directly through buying shares and 2/3 indirectly through our investments in institutions like mutual and pension funds. Those two modes of ownership result in very different patterns of voting on director elections and other shareowner decisions…

That’s why Proxy Democracy et al are so important: They help us vote our directly owned stock better (in our interests), and they help us push intermediaries to vote our indirectly owned stock better (in our interests)…
Somehow this reminds me of the saying “All politics is local.” In this case: “All stock ownership is retail.” 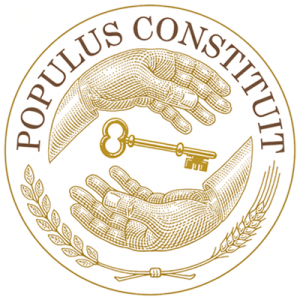 This site had some of the same social media features of Shareowners.org, going even further by providing each member with fully functional blogs. The USPX site really facilitated communication and coordination between members who could join various issue committees and coordinate their work. Reflections On 2011 is a guest post on some of our activities.

Maybe we got too deep into the weeds of proxy proposal development and issue analysis for most shareholders who are simply trying to figure out where to invest and maybe (if they are more conscientious than most, how to vote). Whereas Shareowners.org attracted several hundred shareowners with at least some interest in corporate governance, USPX attracted a few individuals willing to put in an enormous amount of work aimed at making corporate boards more accountable to shareowners.

USPX was most effective in developing model policies and proposals for members (how to evidence ownership, vote on pay issues, model proxy access proposal, etc.) and fighting for shareowner rights, such as the effort against ‘lockout meetings.’

One of the more innovative programs was its ‘field agents‘ program, which began to establish a network of shareowners and other interested parties across the nation willing to present shareholder proposals at annual meetings on behalf of USPX members. For example, I live near Sacramento, I’m reluctant to file proposals at companies that hold meetings a great distance away… especially at small companies where no other proposals are likely to be presented. The field agent program allowed me to go ahead knowing a volunteer would present my proposal on my behalf. It would be very helpful to have such a program reestablished. 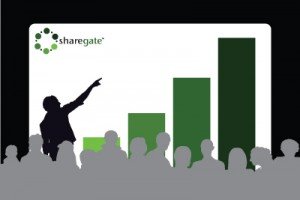 Sharegate is the most ambitious platform for retail shareowners to date. It is aimed at all investors,  publicly traded companies and other special interest groups. The platform allows companies to present information, interact more directly with their shareholders and gives institutional and individual investors the opportunity to provide feedback and exchange information with these companies – and each other. According to the company’s founder, Argus Cunningham:

Sharegate is meant to be for investors and companies what LinkedIn is for employees and companies, We considered the needs of those participants and designed a system to make it easier. For instance, corporate investor relations officers can use Sharegate to promote their companies as investments, find out what their investors are concerned about and address those concerns. Ultimately, Sharegate aims to become the future of investment-related communications by changing the way that shareholders and companies interact.

Sharegate.com has more features for investor interaction now defunct sites such as MoxyVote.com (see In Celebration of MoxyVote.com) or Shareowners.org, combining some of the strengths of those sites without their weaknesses. You couldn’t vote your proxies on Sharegate but the site’s Share Action feature provides shareholders and corporations an interactive forum designed for decision-making that could take democratic corporate governance to the next level. Through Share Action, shareholder initiatives, such as draft proxy proposals, can be introduced and then voted upon in forums where only verified shareowners are participants. Strongly supported initiatives can then be submitted to the corporation as regulatory compliant proposals with demonstrated support. With Share Action, you can:

My hope was that those initially attracted by Share Pitch functions will go on to explore and utilize Share Ask and, most important from my standpoint, they would become active in corporate governance through Share Action.

Unfortunately, Sharegate is at a standstill and appears more likely to wind down, rather than up… even though much of the software has been developed and tested. Sharegate staff are drawn mostly from those with full-time military commitments. It is difficult for me to even imagine being being deployed to the Middle East, having a young family to care for and building such an ambitious site. Hopefully, they will be able to resurrect the site once done with active duty or turn the software over to others who can take advantage of all that work.

More on facilitating votes and activism among retail shareowners in Part 3.