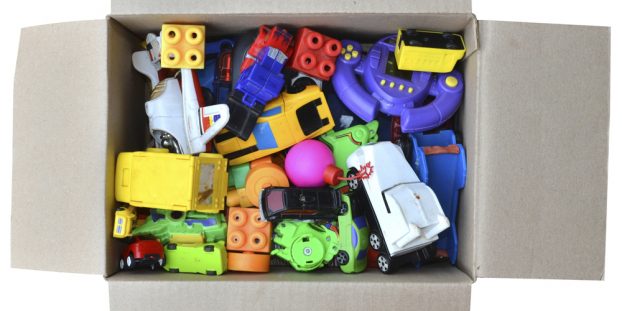 Bernard Sharfman notified me of his post, Public-pension funds play with newest toy in corporate governance, saying: “As you know I am not a big fan of proxy access.” I was looking forward to a thoughtful analysis of the issues but that is not what I found. The R Street blog, where his piece was posted, apparently doesn’t allow comments. Don’t “free markets” and “real solutions” benefit from the free exchange of ideas? Since Sharfman has contributed to the CorpGov.net blog with more serious scholarship, I feel a greater obligation to point out his fallacies. Perhaps, with some dialogue, we will come closer to agreement. I would welcome his comments, as well as those from other readers.

Proxy access is a tool to be used to ensure the accountability of boards to shareholders. Characterizing it as a toy does a disservice to all who have worked so diligently to obtain this right… going back to Lewis Gilbert and before. Shareholders should not be treated as children playing with toys. Rights   are not toys, nor are shareholders to be toyed with.

Sharfman goes on to assert that shareholder-wealth maximization

is accepted as the default objective of an investment fund… investing in companies that meet stringent criteria on greenhouse-gas emissions… [would be] sacrificing returns in order to have their noneconomic investment objectives met.

He can’t envision any other feasible objective but shareholder-wealth maximization, especially for public pensions. However, if we look at trust laws, which serve as a model for public pensions, they don’t require wealth maximization. The 1994 3rd Restatement of Trust Law drafted by the National Conference of Commissioners on Uniform State Laws is the current standard fiduciaries should be following. Section 2 – Standard of Care; Portfolio Strategy; Risk and Return Objectives, subdivision (c) sets out a list of usual considerations, such as economic conditions, tax consequences, expected total return, needs for liquidity, etc.

Many of these provisions contradict Sharfman’s black and white assertion but perhaps the most interesting consideration is that in subdivision (c)(8):

an asset’s special relationship or special value, if any, to the purposes of the trust or to one or more of the beneficiaries

What “special value” does any specific investment have to one or more of the beneficiaries? Trustees should not be just looking at money but other benefits that fiduciaries are obligated to consider and provide. Public employees might also value clean air, clean water, healthy food, efficient public transportation, public safety, an educated citizenry, healthy economy, transparency in decision-making, etc. These are only a few “special values” that many public employees provide all their working lives. Why would they want their pension fund to work against such values?

Indrani De and Michelle Clayman’s The Benefits of Socially Responsible Investing: An Active Manager’s Perspective found a clear relationship between ESG ratings and stock returns. Higher return companies in aggregate had better ESG ratings. There was a strong negative correlation between ESG ratings and stock volatility. This implies that asset managers can get diversification benefits by choosing better ESG stocks and this diversification benefit strengthens when markets are more volatile.

Last with regard to Sharfman’s “shareholder-wealth maximization” admonition, over what time period? He doesn’t say. Public pension funds are investing with a generational time frame. They tend to buy and hold the market, instead of chasing quarterly returns. Since they often hold a proportion of the entire market, improving governance at all firms has become a primary means of driving up value.

Sharfman gets the history of proxy access wrong when he asserts as follows:

Beginning in 1947 and ending in 2011, the ability to exclude shareholder proposals on proxy access from a company’s proxy-solicitation materials was explicitly enforced under federal law through SEC regulation, most recently under SEC Rule 14a-8(i)(8).

There was certainly no prohibition by the SEC of proxy access proposals in 1947. Shareholders had the right; they just didn’t have the might. Decades passed between shareholders winning the right to have their proposals appear on corporate proxies (SEC v. Transamerica Corp, 1947) and actually winning a vote.

In 1977, the SEC held a number of hearings to address corporate scandals. At that time, the Business Roundtable recommended amendments to Rule 14a-8 that would explicitly provide for access proposals, noting that such amendments

…would do no more than allow the establishment of machinery to enable shareholders to exercise rights acknowledged to exist under state law.

In 1980, Unicare Services included a proposal to allow any three shareowners to nominate and place candidates on the proxy. Shareowners at Mobil proposed a “reasonable number,” while those at Union Oil proposed a threshold of “500 or more shareholders” to place nominees on corporate proxies.

In 1990, without public discussion or a rule change, the SEC began issuing a series of no-action letters on proxy access proposals. My guess is the SEC’s about-face was prompted by fear that “private ordering,” through shareowner proposals, was about to begin in earnest.

Tensions over this giant leap backward rose until AFSCME v. AIG (2006). That case involved a 2004 bylaw proposal submitted by the American Federation of State, County and Municipal Employees (AFSCME) to the American International Group (AIG) requiring that specified nominees be included in the proxy. AIG excluded the proposal after receiving a no-action letter from the SEC. AFSCME filed suit.

The court ruled the prohibition on shareowner elections contained in Rule 14a-8 applied only to proposals “used to oppose solicitations dealing with an identified board seat in an upcoming election” (also known as contested elections). The SEC subsequently adopted a rule banning proposals aimed at prospective elections, but in 2010 adopted both a widely discussed federal mandate in Rule 14a-11 and less discussed amendments to Rule 14a-8(i)(8) to allow access through private ordering. Clearly, there has not been a continuous ban on proxy access since 1947, as Sharfman contends.

Boards Are Not Omnipotent

Sharfman goes on to criticize Scott Stringer, the comptroller of New York City pension funds, for submitting proxy access proposals because boards have “a decided informational advantage over shareholders.” He fails to note, there often is a large difference between theory and practice.

Sometimes boards are too complacent, too focused on the company to notice changes in the environment or among competitors, too reluctant to deal with difficult peers or issues. Boards can suffer a myriad of problems. That shouldn’t preclude shareholders from exercising their right to replace them. If directors were the omnipotent creatures Sharfman implies, there would be no need for elections. We would simply rely on boards to fill their own vacancies. However, laws generally provide that shareholders elect directors.

When that happens, according the Sharman’s logic, shareholders would then file proxy access, wait half a year before it is voted, wait up to another year before the board changes their bylaws (if they are cooperative), and then nominate candidates to be elected a year later. During that period of delay, it is highly likely the value of their investments will erode considerably. It makes more sense to have proxy access in place before it is actually needed.

Like the character George Castanza who sees he has been a failure and decides to do the opposite, Sharfman cites a paper for supporting evidence, but recommends doing the opposite.

In criticizing Stringer’s risk-based methodology for choosing where to file proxy access proposals, Sharman cites the recent study by Bhandari, Tara and Iliev, Peter and Kalodimos, Jonathan, Public Versus Private Provision of Governance: The Case of Proxy Access (July 24, 2015), which found  “the firms targeted by the NYC Comptroller did not exhibit statistically significant stock market underperformance relative to the control group.”

should retain himself from getting involved in the corporate governance of public companies. That’s and area in which he clearly should defer to those who have the most expertise – the board.

However, that is the exact opposite of Bhandari et al., who conclude that proxy access should be universally granted through regulations.

Sharfman’s Criticisms are Unfounded and Unconstructive

Most shareholders believe proxy access should be a right at all companies. After the SEC revoked our right to proxy access, we succeeded in getting a law (Dodd-Frank) passed that authorized the SEC to explicitly include this as a universal right through regulations. With the jobs of their members at risk, the Business Roundtable and the Chamber of Commerce of the United States of America succeeded in arguing in court that the SEC had failed to properly estimate that vast amounts of money corporate boards would spend in campaigns to keep proxy access candidates from winning seats. (Business Roundtable and Chamber of Commerce v. SEC) For a more detailed analysis of the decision, see Brown, J. Robert, Shareholder Access and Uneconomic Economic Analysis: Business Roundtable v. SEC (August 26, 2011).

Now we are stuck with the situation where proxy access must be won on a company-by-company basis. As Bhandari et al. conclude, “management is more likely to challenge proposals at firms that stand to benefit more.” Yet, they also find a 0.5% increase in shareholder value at the few firms targeted thus far. While Sharfman wants shareholders to seek proxy access only where it is likely to face the most resistance, the study he cites to support his argument concludes proxy access should be universal.

I assume it isn’t feasible for Mr. Stringer to file proxy proposals at each one of the thousands of companies where his pension funds own stock. He simply doesn’t have the resources to file, negotiate with company representatives and get someone to each meeting to present the proposals. Filing first at companies facing greater risk makes sense.

If Sharfman disagrees with Stringer’s methodology, he offers no alternative criteria. As he mentioned in an email drawing my attention to his post, he is “not a big fan of proxy access.” That’s okay but he mistakes an important tool for a toy, takes a narrowly dogmatic position on fiduciary duty, rewrites history, assumes boards are omnipotent because they have insider information and reads the opposite into the conclusion of empirical research on proxy access. Constructive criticism would be a better approach. Your thoughts?

With regard to proxy access, I plan to file to obtain those rights at every company I can.