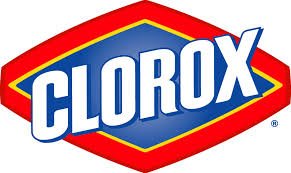 In response to a proxy access proposal I filed earlier this year, Clorox Co (NYSE:CLX), manufacturer and marketer of consumer and professional products, adopted proxy access (press release, amended bylaws). I am declaring another victory and withdrawing my proposal.

While I filed a standard proxy access proposal seeking the ability of shareholders with 3% of shares held for 3 years to be able to nominate up to 25% of the board, Clorox adopted bylaws allowing nominations only up to 20% and limiting nominating groups to 20, whereas my proposals had no such restrictions on the number of participants in nominating groups.

I am pleased with this victory for shareowners that will increase board accountability. It would not have been possible without continuing pressure on the SEC and corporations around the  proper interpretation of complex issues of SEC rules from the Council of Institutional Investors, CalSTRS, CalPERS, City of New York Comptroller, Domini Social Investments, Adrian Dominican Sisters, US SIF Foundation, Office of the State Comptroller (NY) and others. The Best Practices published by CII have been particularly helpful.

However, proxy access lite will not provide the same robust accountability as the requested measure. For example, allowing shareowners to nominate up to 20% of the board sounds better than it really is because the adopted bylaws round down to the nearest whole number. If Clorox reduces the number of their directors by two (from eleven to nine), shareowners will only be able to nominate one lonely director.

The provision limiting proposing groups to 20 is also problematic. For example, while there are a few large funds like Vanguard that own more than 3% of Clorox, as far as I know Vanguard has never filed a proxy proposal, let alone nominated a director. While commercial funds like Vanguard may vote for proxy access candidates, they are not likely to nominate them. (As you can imagine, it might be hard to sell 401(k) services to a company where you are taking action to replace directors.)

The role of nominating candidates under proxy access seems most likely to fall to public pension funds. The largest block of stock held by a public pension fund is 0.29% of shares by CalPERS. Looking at the holdings of other smaller public funds it appears that under proxy access lite shareholder nominations are highly unlikely, because the limitation of 20 participants.

Yet, through confidential negotiations, Clorox did moved considerably beyond their original draft proposal and should be applauded for that.

Of course, staff at Clorox contacted several of their largest shareholders… and they also contacted me, since I submitted the proxy access proposal to them. Although these negotiations did not result in a major shift by the company, they did help to ensure more workable provisions with respect to issues such as recalling loaned shares, what constitutes a member of a nominating group, renomination limitations, etc.

Advice to both shareowner activists and companies: Get familiar with a wide variety of proxy access bylaws now, as well as CII Best Practices. Open negotiations long before the company board will meet and vote on any such provisions.

Progress does not have to end with watered-down versions of proxy access. Although I am withdrawing my proposal from Clorox, I may circle back next year or in subsequent years with either another precatory or a binding bylaw resolution to address specific issues. It is difficult to get it all in a 500 word proposal and should be easier to tweak existing bylaws. As always, I would appreciate the wise counsel of readers. Without you, the road would be cut from under our feet and our impact would certainly be minimal.