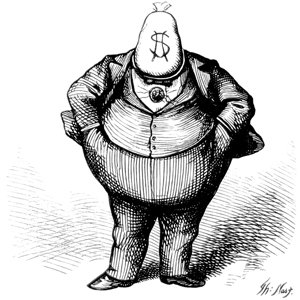 Here in the first days of autumn, it seems that every day there is another article about the sorry extreme that executive compensation has become at so many companies. With the many tools now at the disposal of the proxy voter, one has to ask, how did we get here, and how do we fix it?

Of course, when asking the question of how did we get here, there is the standard answer, “greed,” but there has always been greed in corporate America, I don’t believe that the captains of industry at the beginning of the 20th century where any less greedy at heart than those of today.

One could also say that the “system is broken,” but I don’t think you could legitimately claim that the rules, laws, and regulators are not much more robust than that of 100 years ago, even 30 or 50 years for that matter.

Some have argued that greater pay transparency or information sharing has fueled the problem as CEOs try to insure they are not left behind. This argument may have some merit, especially when you consider that the better compensation consultants have been sharing CEO pay levels long before the SEC mandated disclosure of the numbers in the proxy statement.

The fundamental cause is, of course, that shareholders are letting it happen. The simplest, quickest and safest way to tell management that CEO pay is out of line is an “AGAINST” vote on say-on-pay, yet we only see about two percent of such proposals failing. This kind of suggests that the company whose CEO has a 10 or 20 million dollar compensation package is getting an awful lot of “FOR” votes, even if the total shareholder return for the last year was well into the negatives.

Of course there is the question of why we should care about how much CEOs are paid. The first clue here is that I said “we” and not shareholders. Probably the biggest risk to companies and their shareholders from compensation that is not aligned with performance or reality is political risk. Companies that seem to only enrich their CEOs, no matter how good or poor the company’s performance, invite both more and onerous regulation from elected officials and regulators.

Additionally when the inevitable market downturn occurs, those funds and pension plans that fail to meet the needs of their beneficiaries, or that even suggest this is possible, are going to be looked at with a very critical eye by their stakeholders, the public and elected officials. I would not want to be the public pension official that supported hundreds of millions in say-on-pay proposals and ended up hundreds of millions short in paying pensions.

Let’s just hope that all those stock options have not made CEOs too focused on short term return at the expense of long term investment in their employees, systems and technology, resulting in an even worse long term returns.

At Egan-Jones we use a custom Compensation Ratings Model which we are willing to license to most any interested party. Of course if you purchase our research and recommendations that model is already built into the results, which is why we have an industry leading say-on-pay “AGAINST” recommendation rate in excess of one-third of covered companies with such a proposal.

Individual investors can consult the Egan-Jones CSCA reports which are posted for free at http://csca.egan-jones.com/. Note that only the largest companies are generally covered.

If you are not voting your own proxies, and are using one of our competitors, make sure that they are representing your interests. Make sure they are voting the way you need them to vote, not in a manner that minimizes the amount of (costly) interaction they have to have with issuers.

Improperly aligned and excessive CEO pay is a long-term threat to long term company profitability, employees, retirees, the economy and our society. It is imperative that all of us work together to solve this problem before it is too late.

Guest Contributor, Kevin McManus is the Vice President and Director of Proxy Services at Egan-Jones Ratings Co. He has nearly 20 years of experience in proxy advisory and executive compensation field, having worked at several firms in the industry during his career. Mr. McManus holds a degree in Economics from the University of Maryland. Egan-Jones provides institutional investors with a reliable, attractive solution to fulfilling shareholder voting obligations. CorpGov.net added links, graphics and ads.