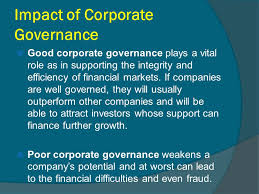 The key in 2016 is to establish a track record of robust proxy access, a 2.0 version that meet best practice standards. Once proxy access become ubiquitous, poorly governed companies will find it harder to resist such proposals and it will begin to be invoked at companies with the poorest governance practices.

This strategy is supported by studies such as Does Majority Voting Improve Board Accountability? by Stephen J. Choi, Jill E. Fisch, Marcel Kahan and Edward B. Rock.

I reproduce the abstract from that study below:

Directors have traditionally been elected by a plurality of the votes cast. This means that in uncontested elections, a candidate who receives even a single vote is elected. Proponents of “shareholder democracy” have advocated a shift to a majority voting rule in which a candidate must receive a majority of the votes cast to be elected. Over the past decade, they have been successful, and the shift to majority voting has been one of the most popular and successful governance reforms.

We empirically examine the adoption and impact of a majority voting rule using a sample of uncontested director elections from 2007 to 2013. We test and find partial support for four hypotheses that could explain why directors of majority voting firms so rarely fail to receive majority support: selection; deterrence/accountability; electioneering by firms; and restraint by shareholders.

The difference between early and late adopters has broader lessons for understanding the spread of corporate governance innovations. In principle, there are two plausible strategies that shareholders can use in selecting targets for governance reform. The first is to target companies that are most in need of governance reform, where the reform will have the most impact and where the company is arguably least able to resist. The second strategy is to target companies that already have the most shareholder-friendly governance, where, although the reform will have the least impact, the company is most amenable to adopting the innovations (either because it is committed to shareholder-friendly governance or because it realizes that the innovation will make little difference). Once the innovation has become established at 44 shareholder-friendly companies, shareholders might then proceed to target those companies that are most in need of the reform, at a time when these companies are less able to resist because the reform is less novel or has even become a governance “norm.” At least for the introduction of majority voting, one of the most widely adopted innovations over the last 20 years, shareholders appear to have pursued the second strategy and to have been highly successful.

I certainly don’t fault institutional investors who target poorly governed companies for proxy access. They are frequently taking the more difficult course of action. Rewards could certainly be greater when they win. However, I choose a path of less resistance. Retail shareowners will keep up last season’s momentum with proposals at more well-governed companies at the same time that we circle back to early adopters, filing a second round of proposals to ensure they meet best practices,

Shareholders are welcome to use my latest templates. Fixing Proxy Access Lite outlines how to move company bylaws from proxy access 1.0 to 2.0. Avoiding Proxy Access Lite: Revised Template outlines a proposal that can be used at a company that has no existing proxy access bylaws. Before submitting either, you should review the company’s existing bylaws to tailor the exact language for submission.