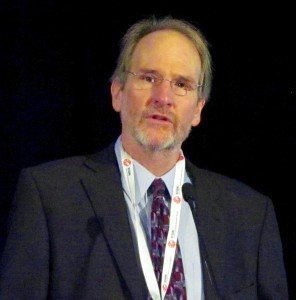 This year’s ICGN event in Boston was a real treasure, beginning with the panel on Political Lobbying Donations. I loved the fact that ICGN was held back to back with CII at the same hotel. I took a few notes at the conference and will share some of them with readers. I’m not a very fast note taker, these posts haven’t been checked for accuracy and I haven’t taken the time to edit the prose to make complete well-flowing sentences. Still, I hope you find them of some value.

The first panel I attended at the International Corporate Governance Network (ICGN) Boston Conference 2015 was a breakfast session, “The Political lobbying donations: what are the governance issues for directors and investors?” Panelists were as follows: 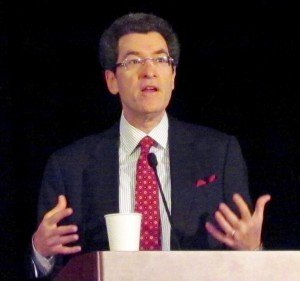 Disclosure is required to ensure responsibility. ICGN discourages political donations but it is something of a grey area, since such donations are recognized as a reality. ICGN hopes campaign finance reform will remain a visible issue.

Norman Eisen wanted to recalibrate special interests in the White House. The public interest was being drowned out during the prior administration. The US was plummeting on tables measuring corruption world-wide. Citizens United opened a flood gate.  The Federal Election Campaign Act of 1971 (FECA), designed to require disclosure of contributions for federal campaigns, was amended in 1974 to place legal limits on the campaign contributions. Citizens United blew a whole in it. However, organizations can’t coordinate with candidates re the unlimited money. Another big scandal like Watergate with payoffs will eventually come. Maybe then we will get further reform. 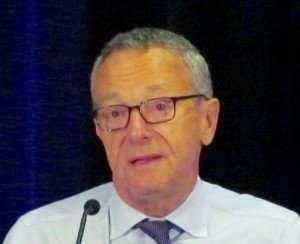 Eisen founded Citizens for Responsibility and Ethics in Washington (CREW). See website. They started publishing a list of the most corrupt members of Congress.

Dan Bross heads corporate social responsibility at Microsoft. These issues are corporate governance issues. Microsoft started having conversations with investors in 2009, sharing their policies. Microsoft has a substantive section on political engagement on their website. Participation is premised on public policy issues, core to their business. Semiannual political disclosures by candidate, party as well as trade associations where Microsoft contributes more than $25,000 + what portion of trade association dues are used for lobbying. Microsoft also discloses their own lobbying expenses.

CPA Zinklin Index recently updated. Unless there is a complete ceasefire, your competitors will find an advantage. Participation is multifaceted: lobbying, giving money, belonging to trade associations, etc. Internal committee to review donation requests; publish results. Trade associations assessed annually. US Chamber of Commerce takes positions that Microsoft disagrees with and the company frequently makes statements around areas of disagreement. It is all about disclosure. 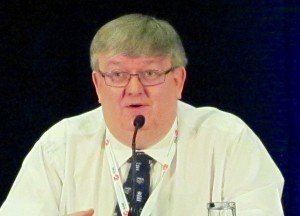 Peter Swabey commends ICGN guidance. He discussed what a political donation is. People from companies seem to know more than politicians. In the UK, shareholder approval is required for political expenditures. Directors are personally liable. 50% of FTSE companies put something to shareholders. Political contributions are quite strictly regulated. However, there is also something called ‘cash for questions‘ and ‘cash for Honours.’

Per the panel’s discussion, we are unlikely to see the SEC move forward with regulations. The Federal Election Committee deadlocked. Congress is completely dysfunctional in this area, as in many. The White House has also not pushed. They could do something with government contracts but that has been languishing for over four years.

Is their hope for a rational business voice for standardization? Not really. The SEC fears loss of funding if they moved forward with regulations requiring disclosure. Obama started with z rules based approach. Then he moved to more of a disclosure regime. Instantaneous transparency. There is now much less giving by public companies (because of investor pressure), more from private companies and individual givers. You can easily hide your identity by incorporating as corporation with the sole purpose contributing to super pack. There is a race to the top.

Takeaway: The US is a leading standard setter. Companies in the S&P500 increasingly disclose.  Scandal is likely to drive reform. Okay, I understand the SEC isn’t likely to move forward with regulations requiring disclosure. More than a million e-mails and letters have poured into the SEC requesting such a rulemaking but companies have mostly been absent. Companies in the S&P500 have shown leadership by disclosing. Shouldn’t they also show leadership by writing in to support the petition? 500 companies writing in will probably have a lot more impact than 500,000 individual people. Look through the comment letters. Where are the companies? If most of the major companies support disclosure, it could seem difficult for Congress to cut the SEC’s budget for moving forward. Let the SEC hear from companies. Write.

Now for what was really said: Political lobbying donations: what are the governance issues for directors and investors?  See also Fifty-Eight Members of the US House of Representatives Support the Rulemaking Petition for Transparency in Corporate Political Spending. More than 300 companies are disclosing some or all of their political spending with corporate money. Where is their letter in support of the rulemaking?