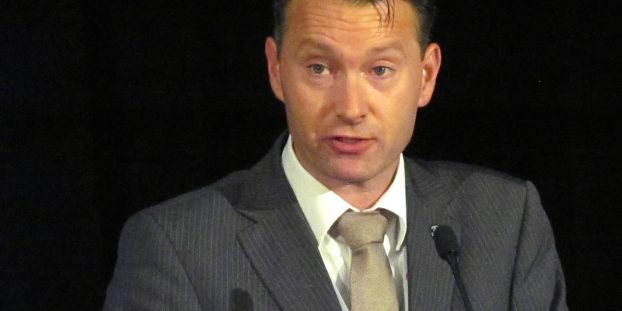 This the second part of my coverage of this year’s ICGN event in Boston. I’m not a very fast note taker, these posts haven’t been checked for accuracy and I haven’t taken the time to edit the prose to make complete well-flowing sentences. Still, I hope you find them of some value. This one is primarily about Proxy Season 2015 but very much from a world-wide perspective. 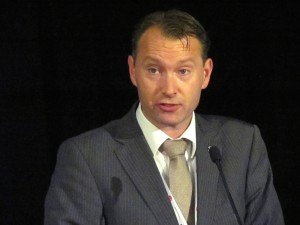 Culture and ethics shape our opinion and reality. ICGN will promote robust reporting and ethics – transparency. There was also something of a shout out to Robert A. G. Monks, Sir Adrian Cadbury and Ira Millstein, along with a note that a Global Stewardship Code is being launched.

To what extent has global investment impacted the US proxy season? Has the wave of shareholder proposals on proxy access paved the way for stronger rights? Will this address board quality and competence on critical issues like climate risk, independence and diversity? 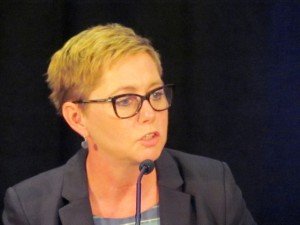 Louise Davidson, Chief Executive Officer, ACSI Only 4% of CEOs in Austrlia are women. These are the same people board to board. We need to be able to challenge each other and work together. Big push for women on board. 1/2 of top 200 have 0 or 1 woman on their boards. See Superannuation investors push for more women on ASX 200 boards. 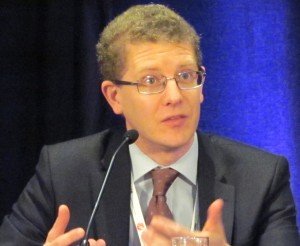 Paul Lee, Head of Corporate Governance, Aberdeen Asset Management Forged together achemy works. Need range of perspectives. Too much focus on former CEOs. Missing range of perspectives. Goal of 30% women on boards. Making progress at 25% now. Alchemist is the board chair, not the CEO. Why distract the person running the business to figuring out how to get the most from board? 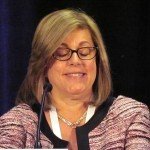 Ann Mulé, Associate Director, John L. Weinberg Center for Corporate Governance, Lerner College of Business and Economics Getting the right people in the room is the most important thing. Look at board composition and skill sets upfront to make sure we have right skill sets. An effective board,processes is an open board process. Using skill sets paradigm should broaden pool. Outside directors should have industry expertise. If management has knowledge but directors don’t, the result is a captured board. Independence, often seen as a panacea, is not enough. Need industry expertise. CEO captures independent boards don’t have the right questions to ask. Financial expert is required. We need something like that for industry expertise. There are better dissident candidates now with many wins. 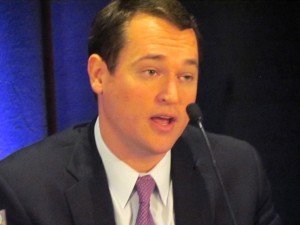 Zach Oleksiuk, Head of Americas, BlackRock  Against usually adding directors for a specific skill. Must be able to contribute substantively in core areas. In UK independent directors lose that status after 9 years. Always have 2 exec directors (CEO and CFO). Retired may no longer bring the relevant experience. Subject to conflicts of interest.

We need to recognize it may take two years to get up to speed. How do you get them fully boarded, fully oriented? By 5th to 6th year they are often really contributing. BlackRock supports ability of companies to choose split chair CEO or use a lead independent director. Roles should be very clear. Small sliver of market but outsized influence. Activists doing a much deeper dive. Good boards listen, engage and seek to understand the range of activists. Increasing trend is to settlement. Beyond 300 companies targeted, thousands running ‘what if’ scenarios. Folks creating scorecards and selling services to boards. Proxy contests are expensive, often damaging. BlackRock engaged with 700 companies this year. 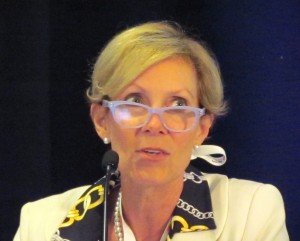 Chaired by Darla Stuckey, President and CEO, Society of Corporate Secretaries and Governance Professionals Respecting each other is more important than liking each other. Board composition is the most important factor for boards. Stuckey favors 3 insiders… maybe retired, so not accountable to CEO. Separation of chair role. Are we at a tipping point? Nominating and Governance Committee chair typically is the lowest paid chair. Accountability, activism, private ordering, beta activism, rise of engagement in marketplace. Proxy access favored.

My takeaway: I was struck most by Darla Stuckey’s comment about nominating and governance committee chairs being paid the least. Almost everyone says the primary duty of the board is to get the right people on the board. If that’s the most important job, whey are they paid the least? The second most important job is probably another one for that committee, evaluating current board members and acting on those evaluations. Here’s a guide for such committees from Wachtell, Lipton, Rosen & Katz published in 2014.