This the third part of my coverage of this year’s ICGN event in Boston. These posts haven’t been checked for accuracy and I haven’t taken the time to edit the prose to make complete well-flowing sentences. Still, I hope you find them of some value. 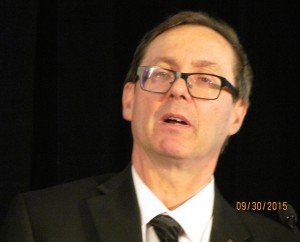 There has been insufficient attention given to controlling shareholders. Global metrics are inadequate for assessing governance around the world. Controlling minority shareholders are different from their companies. Controlling minority shareholder is not managing mostly their own money. Creates more severe agency problem. There is a big difference if stand-alone controlled company. Agency problems are more substantial when you have other affiliated companies. Alibaba was provided as an example. There is a greater potential for transfer of value. Pyramids create more substantial risk.

Making Independent Directors Work in Controlled Companies – need to give shareholders  stronger rights. Give minority shareholders input into election or nomination. Cost – entrenchment. Tradeoff – balance weighs in favor of not accepting. Shareholders should not give away control forever. Need built-in sunset provisions. 15% ownership = 1/2 of voting rights doesn’t work in long-run. Identity also matters (state vs individuals or families). Children are not bound to be as genius as founders. Perverse incentive if there is no discipline from either the market or investors.

Bebchuk, Kraakman and Triantis (2000): When the fraction equity capital held by a controlling minority shareholder decreases, the severity of resulting agency problems increase more than proportionately. Bebchuk and Kastiel (2015): identify the situation in which dual-class structures are especially pernicious.

Bebchuk and Hamdani, The Limits of Limiting Controlling Shareholders (2015). There are substantial differences between stand-alone controlled companies and those whose controller owns substantial business assets which the controlled company does business with. It is difficult to limit diversion of value from public investors in such cases without rules that would be costly and intrusive.

My takeaway: Controlling shareholders aren’t all the same. Watch out especially for those with pyramid structures. Bebchuk also provided a good lead-in to the next panel. 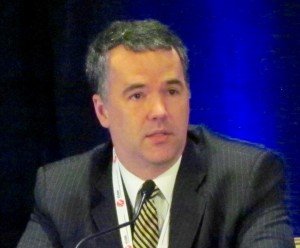 The introduction of multiple voting rights, loyalty dividends/ shares or tax incentives is increasingly noted as a way to help ensure long term value creation.  Many see this as a firm abuse of the ‘one share one vote’ principle. Will experiences in Silicon Valley in the US or the Florange law in France proliferate and what are the unintended consequences this presents?

Brazil had dual-class for many many years. Encouraged but led to problems. Average control premium of almost 800% to get disproportionate amount of cash flow. Came up with Novo Mercado (New Market). Now people are pointing to Google, Facebook, Berkshire Hathaway. Pressure on IBGC to move from one-share one-vote.

Creativity. Companies assign more voting rights and then creates super-nonvoting rights where nonvoting shares are worth 35 times. Controlling shareholders provided a number of sweeteners as they moved to consolidate control. Investors respond to incentives… timeframe is not infinity. Flaws in misalignment are not likely show up in five years. If we forbid differential voting rights they will create through other control mechanisms. 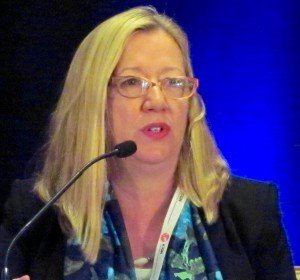 Magna 1% of shares but 80% of vote? (Not All Shares Are Created Equal: More Multiclass Stocks To Join Google In The S&P 500). Several examples provided. Is disclosure sufficient or must disclosure be accompanied by vetting conflicts of interest?  Shareholders continue to buy the IPOs.

Anne Simpson – A dollar should have a dollar’s worth of rights. CalPERS made an effort at News Corp  to mobilize nonvoting shareholders that we might have a meritorious form of succession. Seductive anticipation of short-term profits allows for listing. CalPERS developed a list of 10 things wanted when companies come to market. 1 share one vote is one, majority vote, annual elections, fully audited accounts and everything Sarbanes-Oxley provided. We need to ensure non-voting shares are priced less in the market. Need minority shareholder protections. 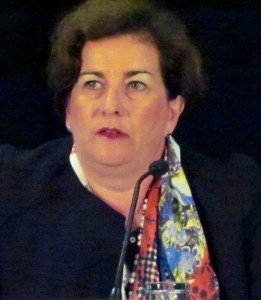 Anne-Marie Jourdan – Florange Act. Closing of factory with 1,000 employees prohibited without searching for new jobs. 22 companies double voting rights in bylaws. Institutional investors pushed for one share one vote. French state controlling shareholder in 13 companies. Gave a few examples of double voting rights. One actually asked to opt out of dual-class. Most in favor of one-share one-vote. 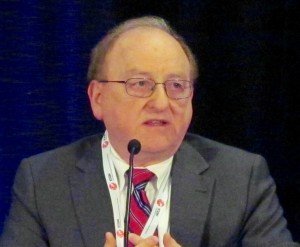 Stephen Erlichman noted that Canada has had examples of dual class share companies that have voluntarily converted into normal companies, without any premium being paid.

Tracey Rembert of Ceres asked if there is anything a company can do to favor long-termism. Simpson responded that it is really an investor issue. Investors should be focused on their own long-term liabilities. Secondly, we are all capable of standing up and beating back short-term raids on companies, such as those of Carl Icahn at Apple. We can be long-term, because our liabilities are long-term.

Yes, CalPERS is long-term… but many funds are out to attract investors with quarterly reports.

My takeaway:  I don’t see this problem going away anytime soon. See SVDX/Stanford Rock: Two Classes of Common Stock: Qui Bono?  and 2013 Millstein Forum: Dual-Class Structures, Pro and Con. Too many founders can use the internet to scale up their company without needing to go pubic to raise capital to do so. Too many investors are afraid of losing out on the next big thing to pass up dual class IPOs. Too many funds are indexed, so will buy companies, once they are in the index, regardless of governance practices.

Read what was really said at ICGN.