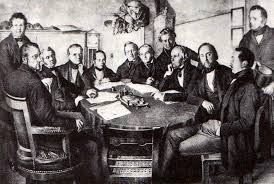 An overwhelming majority of investors said ISS should issue negative director recommendations if a shareholder proposal to provide proxy access receives majority support and a board adopts proxy access with material restrictions not contained in the shareholder proposal. 90% said an against or withhold vote in a director election would be warranted if a provision had an ownership threshold in excess of 5% or an ownership duration in excess of three years. From the ISS press release:

Survey respondents were asked, in the event that a shareholder proposal to provide proxy access receives majority support, and the board adopts proxy access with material restrictions not contained in the shareholder proposal, what types of restrictions should be viewed as sufficiently problematic to call into question the board’s responsiveness and potentially warrant negative votes on directors. Most investor respondents effectively endorsed proxy access on the terms proposed by the SEC in its proposed Rule 14(a)-11, as large majorities of investor respondents stated that an ownership threshold in excess of 3 percent or an ownership duration of greater than three years could warrant negative votes on directors. Ninety percent of investor respondents indicated that a required ownership duration of greater than three years, or an ownership threshold requirement in excess of 5 percent, could be grounds for negative votes.

I hope ISS goes into greater detail in next year’s survey. It is unfortunate that CII’s Best Practices came out after the survey was issued. CII is tracking exactly the types of access provisions companies are adopting with the help of data compiled for the Council by the law firm of Covington & Burling. 1/3 of the U.S. companies that have adopted proxy access by private ordering have opted for a 5% threshold. They can expect votes against directors during the 2016 proxy season and proposals to amend their bylaws from proxy access proponents.