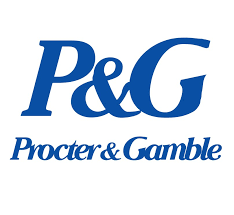 Procter & Gamble Co (NYSE:PG) provides consumer packaged goods and is one of the stocks in my portfolio. Their next annual meeting is October 13, 2015. ProxyDemocracy.org had collected the votes of four funds when I checked and voted. I voted with the Board’s recommendations 56% of the time. View Proxy Statement.

Read Warnings below. What follows are my recommendations on how to vote the Procter & Gamble proxy in order to enhance corporate governance and long-term value.

From Yahoo! Finance:The Procter & Gamble Company’s ISS Governance QuickScore as of Sep 1, 2015 is 3. The pillar scores are Audit: 1; Board: 7; Shareholder Rights: 3; Compensation: 4. Brought to you by Institutional Shareholder Services (ISS). Scores range from “1” (low governance risk) to “10” (higher governance risk). Each of the pillar scores for Audit, Board, Shareholder Rights and Compensation, are based on specific company disclosures. That gives us a quick idea of where to focus: Board.

Procter & Gamble’s Summary Compensation Table shows the highest paid named executive officer (NEO) was CEO/Chair A. G. Lafley at about $18.3M. I’m using Yahoo! Finance to determine market cap ($195B) and Wikipedia’s rule of thumb regarding classification.  is a large-cap company. According to Equilar (page 6), the median CEO compensation at large-cap corporations was $10.1 million in 2013, so Procter & Gamble’s pay is well above that. FedEx’s shares underperformed the S&P 500 over the most recent one, two, five and ten periods.

The GMIAnalyst report I reviewed gave FedEx an overall grade of ‘F.’ According to the report:

Because of the pay being substantially higher than median, performance far below average and the concerns expressed by GMIAnalyst, I voted against the pay package. As is my practice, I also voted against members of the compensation committee because they recommended the pay package to the board: W. James McNerney, Jr., Chair, Kenneth I. Chenault, Scott D. Cook, Margaret C. Whitman, and Mary Agnes Wilderotter.

As indicated above, I voted against the pay plan and several directors.

Of course, I voted in favor of my own proxy access proposal. The language of the proposal is essentially the same as those that have been winning majority votes all years… in fact a large proportion of companies are no longer opposing proxy access once submitted. This proposal gives the board more flexibility than what I recently submitted to QUALCOMM. Under the proposal the board has a year to develop bylaw language and bring it to shareholders for a vote. Despite that, the board’s opposition statement says, “we believe that adopting proxy access now, without further consideration, is not in the best interests of our shareholders.” They have plenty of time for further consideration on the details. The time for delaying on proxy access, which was first proposed at the SEC before World War II, is long gone.

Please vote for this proposal, which would allow long-term holders (3 years) of substantial stock (3%) to place nominees representing up to 25% of the board (3 out of current 13) on our corporate proxy. Proxy access is about power and accountability. Don’t be fooled by the board’s contention that “the proposal could increase the influence of special interest groups and short-term shareholders.” Proxy access only allows the names of a few nominees to be placed on the proxy. Those nominees will only serve on the board if elected. Obviously, if such shareholder nominees obtain more votes than board nominated candidates we would have to consider the board nominated candidates the “special interest” nominees. Vote for democracy; vote for choice; vote for proxy access.

Procter & Gamble: CorpGov Recommendations Below – Votes Against Board Position in Bold

It is anticipated that the 2016 annual meeting of shareholders will be held on Tuesday, October 11, 2016. Pursuant to regulations issued by the SEC, to be considered for inclusion in the Company’s proxy statement for presentation at that meeting, all shareholder proposals must be received by the Company on or before the close of business on April 30, 2016. Any such proposals should be sent to The Procter & Gamble Company, c/o Secretary, One Procter & Gamble Plaza, Cincinnati, OH 45202-3315.