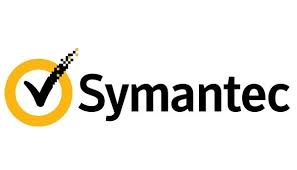 Symantec Corporation (SYMC) provides security, backup and availability solutions and is one of the stocks in my portfolio. Their annual meeting is on November 3, 2015. ProxyDemocracy.org had collected the votes of three funds when I checked and voted. I voted with the Board’s

Read Warnings below. What follows are my recommendations on how to vote the Procter & Gamble proxy in order to enhance corporate governance and long-term value.

The MSCI GMIAnalyst report I reviewed gave Symantec Corporation an overall grade of ‘F.’ According to the report:

Because of the pay being substantially higher than median, performance far below average and the concerns expressed by GMIAnalyst, I voted against the pay package. As is my practice, I also voted against members of the compensation committee because they recommended the pay package to the board: Geraldine B. Laybourne, Robert S. Miller (Chair), David L. Mahoney, Daniel H. Schulman.

As indicated above, I voted against the pay plan and several directors. I am also concerned that more than half the board has served for 10 or more years and none appear to be minorities.

Although the Symantec Corporation does not include the name of the proponent, I believe the proponent is Jing Zhao. It recommends that Symantec Corporation establish an International Policy Committee with outside independent experts to oversee the Company’s policies and practice regarding environment, human rights, social responsibility, regulations, and other international issues that may affect the Company’s operations, performance, reputation, and shareholders’ value. Microsoft established a similar policy committee in 2012. Symantec faces similar international challenges. I voted For.

Symantec Corporation: CorpGov Recommendations Below – Votes Against Board Position in Bold