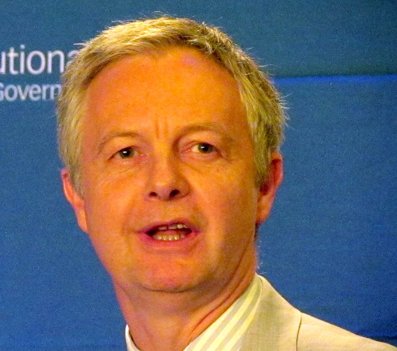 This session was a transition between #ICGN15 and #CIIFall2015 conferences in Boston. Deborah Goldberg, the Treasurer of Massachusetts, provided the opening remarks. She was followed by a panel discussing the priorities and challenges of pension fund chiefs. Please feel free to point out any corrections, counterpoints and additional points using the site’s comment feature.

Goldberg noted that MassPrim will vote against a company’s board nominees if less than 25% of the board is female or from a racial minority. She initially wanted to set that rate at 30% but that would have meant voting against most board nominees.

MassPrim’s proxy voting guidelines require the fund to vote in favor of shareholder proposals seeking reports from companies related to renewable energy use, energy efficiency, tobacco advertising and recycling. The guidelines urge companies to lead on the issue of wage equality and to link executive pay to non-financial factors such as customer and employee satisfaction, human rights and performance on social and environmental goals.

She noted that we can do this together. Gathering data, sharing ideas. That’s what the conference is all about. 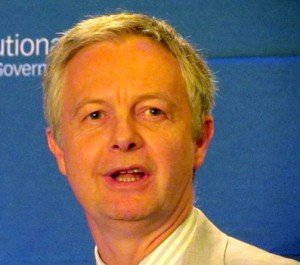 Retirement systems in the UK are different than Europe’s. UK is moving toward simplification. Basic shift from ‘paternalism’ to ‘do it yourself.’ Railpen has taken more of management inside the organization. They have a representational board that sounds difficult to work with it provides him with greater legitimacy.

The board disbanded their own investment committee. Long-termism comes in more through engagement. Three years is the main metric for performance. Well-managed companies will produce better returns. Mentions Roger Martin’s Fixing the Game: Bubbles, Crashes, and What Capitalism Can Learn from the NFL (That book keeps coming up; maybe someday I’ll read it). Paying with stock options is like allowing quarterbacks to bet on the game. 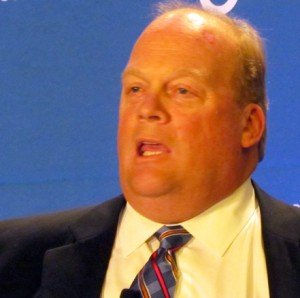 Discussed movement by pension funds in shifting from DB to DC formats.  State auditor hired an expert to review the Colorado PERA system. DB provides bigger bang for the buck, better income replacement in retirement. Outperforms DC by 140%. 140% more dollars are required to get same retirement for full career employees. Found plan design even outperformed for those who were only public employees for a few years.

Targeted funds for DC fund assisted retirees in the distribution phase. If you have to borrow the money to invest, it is no where near as efficient. Like DB plans, DC plans don’t measure their unfunded liabilities for individuals coming into retirement. Being in the state of Colorado helps attract better internal managers. Evolution in CO is focused on maximizing returns with a reasonable risk.

Role of public pension plan trustee is evolving to where they have less of a role in picking investments. Value add is in overseeing process.

During Q&A of Pension Plan Chiefs

We love to talk about being long-term investors but we’re still trading every day. Robust incentives of 1-3 years.

If company is a bottom quarter earner for 3 years in row, Colorado will vote against the entire board.

Litigation has a deterrent effect. Serious lines in sand for accountable conduct.

Colorado is big on G but hasn’t been as big on E and S factors of ESG.

Acceleration of vesting os problematic. There should be consideration of what gets accelerated.