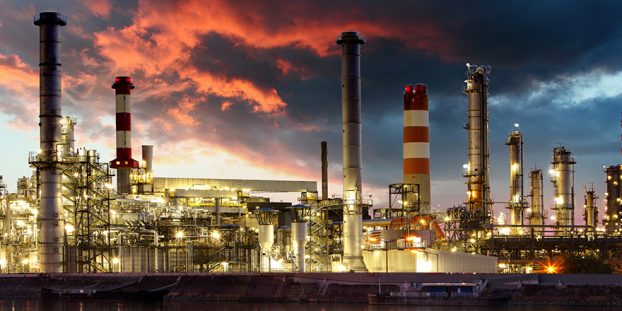 Recently, with the revelations about Exxon’s past support for climate denial organizations hitting the news, there has been a fresh interest in the ways oil companies have used their lobbying and contributions to oppose climate change solutions. For example most oil companies are members of the Chamber and American Petroleum Association, which recently sued the EPA opposing its clean power plan. Their money and reputation line up working to block regulations that would reduce GHG emissions.

If you attended All in for Impact, 2015 SRI Conference on Sustainable, Responsible, Impact Investing you heard about such issues at various sessions for three days. Check out the Twitter feed at #allinforimpact.

It couldn’t be more timely to publicly urge companies to review their lobbying and public advocacy on climate change.

Walden clients and other investors (including state pension plans, foundations and religious investors) are filing a version of the resolution with six companies — Exxon, Chevron, Conoco, Devon, Occidental, and Phillips 66.

Investors believe oil and gas  companies need to review and change their lobbying on climate change. If you agree, please consider introducing such a proposal at other companies and vote in favor of them as they come to a vote. Below is the proposal submitted to Devon Energy Corporation (DVN). Other company filings are forthcoming.

Whereas: The Intergovernmental Panel on Climate Change (IPCC), the world’s leading scientific authority on climate change, confirmed in 2013 that warming of the climate is unequivocal and human influence is the dominant cause. Extreme weather events have caused significant loss of life and billions of dollars of damage. Many investors are deeply concerned about existing and future effects of climate change on society, business and our economy.

The IPCC estimates that a 50% reduction in greenhouse gas emissions globally is needed by 2050 (from 1990 levels) to stabilize global temperatures, requiring a U.S. target reduction of 80%.

Urgent action is needed to achieve the required emissions reductions. We believe the U.S. Congress, Administration as well as States and cities, must enact and enforce strong legislation and regulations to mitigate and adapt to climate change, reduce our use of fossil fuels and move us to a renewable energy future.

Accordingly, we urge companies in the energy sector to review and update their public policy positions on climate.

Investor concern about climate lobbying is growing. The Principles for Responsible Investment (PRI) published a set of Investor Expectations on climate lobbying endorsed by investors with $4 Trillion in AUM calling on companies to insure their public policy advocacy supported efforts to mitigate and adapt to climate change.

The public perception is that oil and gas companies often oppose laws and regulations addressing climate change or renewable energy.

Consequently, company political spending and lobbying on climate or energy policy, including through third parties, are increasingly scrutinized. For example, investors question companies’ public policy advocacy through the U.S. Chamber of Commerce, which often obstructs progress on climate-related legislation and in October sued the EPA challenging its climate change initiative, the Clean Power Plan.

In contrast, in October 2015 ten of the world’s oil companies, including BP and Shell, called for strong global climate goals and supported reducing their Greenhouse Gas emissions.

Resolved: Shareholders request that the Board commission a comprehensive review of Devon’s positions, oversight and processes related to public policy advocacy on energy policy and climate change. This would include an analysis of political advocacy and lobbying activities, including indirect support through trade associations, think tanks and other nonprofit organizations. Shareholders also request that Devon prepare (at reasonable cost and omitting confidential information) a report describing the completed review made available by September 2016.

We recommend that this review include:

Small Gains by Women in California Companies
Give Thanks: SEC Allows Shareholders to Hold Mutual Funds to Account