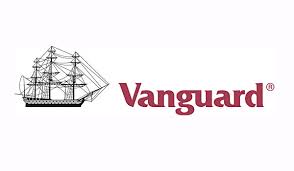 Corporations are channeling unprecedented amounts of secret money into our elections. Even worse, they’re doing it with our savings.

Help stop retirement fund manager Vanguard from channeling our savings into secret-money politics.
From oil companies to defense contractors, many big corporations that don’t disclose their political spending depend on investments from Vanguard, which represents the retirement savings of millions of American families.

As the largest manager of retirement savings in the country, Vanguard has the power to combat big-money politics and reduce the influence of special interests in our elections.1

Tell Vanguard: Keep our retirement savings out of secret-money politics.

Investments from 401(k) retirement funds such as those managed by Vanguard are the lifeblood of every corporation on the stock market, from Apple to ExxonMobil to Xerox. For years, shareholders have filed hundreds of resolutions pushing corporations like these to disclose their political spending. But each time they come up for consideration, Vanguard has sided with corporate management and refused to vote for disclosure.2

The funds Vanguard manages represent the savings of millions of regular Americans and a large share of the U.S. stock market. If they vote in favor of transparency, big corporations will have to start disclosing their political spending, shedding some light on dark money in our elections.

Not only is taking a stand against Citizens United secret spending the right thing for Vanguard to do, it’s also the responsible thing to do in order to protect its customers’ retirement savings. When corporations use secret money to influence our elections, it’s a short-sighted investment that leads to short-sighted politics, from government shutdowns to failures to regulate Wall Street recklessness. Supporting policies that ensure long-term, sustainable growth instead of short-term gain is what’s best for our economy, retirees, and investors with Vanguard.

And the court expressed enthusiasm that technology today makes disclosure “rapid and informative.” However

Yet, corporations are not required to make the disclosures to shareowners as Justice Kennedy seems to have believed. How can we, as shareowners, hold corporate managers accountable when we do not know what candidates or measures they are supporting? Send a message to Vanguard urging them to stand up to secret political spending.

Yes, Vanguard reports on how they voted corporate proxies, as they are legally required to do, but they don’t do so in a format that helps investors see voting patterns quickly and clearly. Compare Vanguard’s self-published record with a graphic analysis by Proxy Democracy (somewhat dated). According to Proxy Democracy, Vanguard’s activism score for “political influence” was 0.6 out of a possible 100.

Take Action: Use the convenient link set up by CalPIRG to send a message to Vanguard. Tell Vanguard to Keep Retirement Savings Out of Secret-Money Politics. California Public Interest Research Group, Inc., 1314 H St., Ste. 100, Sacramento, CA 95814, (916) 448-4516. Hat tip to Mark Dempsey for alerting me to the CalPIRG campaign.