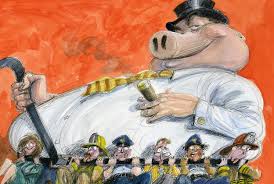 This is one of a many part series from the Council of Institutional Investors Fall 2015 Conference in Boston. This part of the program dealt with hedge funds and policing Wall Street. Sorry for the delay in posting but other tasks keep intervening. Keep in mind, I generally am not quoting speakers. Instead, I’m providing my reaction. Sometimes there can be a big difference.

Please feel free to post corrections, counterpoints and additional relevant material on the activist hedge funds and policing Wall Street, using the site’s comment feature. I find these two topics at an interesting juxtaposition. The graphic at right was created by Victor Juhasz for Rolling Stone’s Looting the Pension Funds. Find more posts from the conference on this site or Twitter by searching #CIIFall2015.

Recent study finds that price reactionof 5% or so doesn’t go away when activist leaves. There are improvements in productivity, more patents, target firms become leaner and more efficient. Companies continue reallocating assets to more productive uses. Median holding of activists is 6%; large-cap sometimes 2%. Stock price is not everything but the data is overwhelming. Firms become more efficient. At DuPont, Trian may have lost but it also may have prompted needed change. (The Sudden Retirement of DuPont CEO Ellen Kullman and Aftermath) The company had to respond. Use every source of data to get different angles, different viewpoints. Board turnover, grainularity difficult. Researchers are trying to get into board dynamics but limited by blackbox.

Back-testing effort in Florida SBA report, Valuing the Vote. Looked back to 2006 and all the proxy contests, all their proxies, partnered with FactSet Research. Used announcement date to provide benchmark. Pulled in dollar amounts and found pattern. If one or more dissidents was elected, we counted it a win for dissidents. We hope to update the report 2-3 years down road, adding compensation and other issues. We found a correlation of votes to positive performance… a clear pattern of wins and outperformance for voting patterns both ways – with dissidents and with management over one, three and five years. [Florida voted with the winners.] 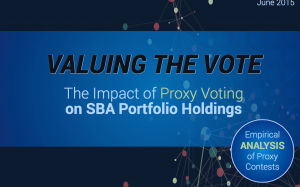 Healthy self-examination by companies looking at vulnerabilities; quiet diplomacy with investors. We don’t know what exact critique will be until they get there. Activists not all created equal. Some too focused on abusing financial engineering. We are more critical of those scenarios. How do you make company more efficient? That’s our goal. Longer-term effect is a more efficient company in terms of higher margins and return on capital. DuPont had some highly performing segments, while others were low. Florida ended up supporting two of the Trian nominees. 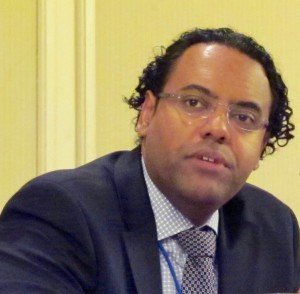 Self-examination is very important. Important that US capital markets remain attractive. Shareholders are a critical part but only a part of that. It is too fashionable to bash management. We have the privilege of being in boardrooms. We see most working hard to get it right. Who gets the credit? We have to remember that a lot of that value is takeover premium. There are many studies raising methodological concerns. Take the long term path. These decisions are too important to be outsourced to one class of shareholders. See, for example, “Is Short-Term Behavior Jeopardizing the Future Prosperity of Business?”

Objective self-assessment is critical. Mixed situation. Companies need to provide more transparency of boardroom decisions. If companies are fearful of a destructive activist challenge, that harms employee morale. Managing like an activist could be a terrible outcome. Companies targeted by activists are not necessarily underperformers. Sometimes activism is driven by the redemption needs of activists.

DuPont situation: the company is an outperformer. [Just looking at the stock, performance is mixed over the last 10 years, sometimes outperforming, sometimes underperforming.] The jury remains out as to how the situation will evolve.

Shareholder engagement. Do you need investors on boards to enhance value? What we had was not a case of stagnation. DuPont was involved in lots of engagement. Vote showed major investors stepping up to give the board some time. Shareholders are not monolithic. 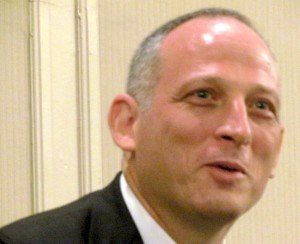 Payoffs of R&D are always questioned. Companies are going to have to demonstrate thoughtfulness. Buybacks pay in the immediate time horizon but judgement must be used as to how and when. Boards need to explain more externally.

Impact of proxy access? Would it buy favor or time? No. But close corollary if utilized and tested. Investors will have a more direct path to select nominees. Now they have little input into nominees. Every activist hedge funds says they won’t use.

Companies need to be thoughtful… don’t conflate with activism. Don’t create proxy access in a way that draws attention to the company as bad player. [Learn from Whole Foods Market.] There need to be safeguards. We have nominating committees. I hope that is priority rather than proxy access as a threat on specific issues. 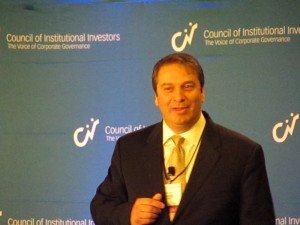 It just takes a few to screw it up. The Big Short. Even in the FBI we have informants telling short sellers when and where we are moving. Has seen people using playstation to pass through data. They are recruiting cooperators in the hedge funds sector. Put the wires on them. Have them make some phone calls for us. Undercover operations. Wiretaps on insider trading. Recently paid a whistle blower $30M.

Go to YouTube and look up hacking. Ubiquitous cyber security threat. When a hedgefund downloaded the Chinese menu they also downloaded malware.  Juror provided information about a verdict before it was announced. Warehouse worker hired to get an early copy of a columnist at BusinessWeek. Take the magazine off pallet. Snap and send a photo of the column. Some have even hired strippers to learn information in the “champaign room.” Get them tipsy and get the information. Arrested an IT tech at a law firm who traded on information on new clients.

Focus on hedge, private equity. New wave of insider trading. Cooperating witnesses can help them round up many more. Typically, they are charged with a crime but cooperating for leniency. I want to see every portfolio managers that get everything right on M&A every time. No one gets it right all the time. Surveilled people 24/7. Even joined their gyms. One I remember being discussed was a guy who stepped up to the coffee shop counter. The FBI agent knew what he ordered every day and told the clerk what the criminal wanted. You know they’ve been watching a while when they know what you order.

You’re not under arrest but you will be if you don’t cooperate. They wire up and do a lot of things for us, helping to penetrate expert networks. Our cooperators could get a $200 phone call or a $200,000 phone call. We embedded FBI agents at the SEC to evaluate criminality among Wall Street insiders. Thousands of wiretaps. When juries hear the evidence, it is over.

Behavioral Sciences Unit tries to find the next Bernie Madoff through profiling. Ted talk Does Money Make You Mean? People given an unfair advantage turn out worse. Also, the more expensive the car, the less likely the owner is to stop for pedestrians.

Another piece of advice from Chaves, rename your Wi-Fi router to FBI Surveillance Van and improve neighborhood behavior. Funny, mine’s been named FBITruck for years. Yes, I’m thinking like a Wall Street Cop. Policing Wall Street should be a TV series or at least a movie… something the folks who produce Madame Secretary or the Good Wife should consider. Who isn’t interested in crime among members of the 0.1%?