“Using the internet for shareowner proxy voting … will awaken the sleeping giant of corporate governance – individual investors.” My optimism was premature when I wrote that in 1999. But finally the giant has awakened and is starting to stir.

Retail shareowners of Fission Uranium Corp (FCU) have joined forces via internet media, including their Stockhouse.com discussion forum, to challenge the incumbent board’s control of the company. It’s significant that retail investors own a majority of Fission’s shares, in contrast to the institutional investor dominance typical of larger firms.

The opening volleys of this rebellion were fired in a heated debate over a proposal by Fission’s board and management to merge the firm with Denison Mines (DML). On October 6, a “town hall” meeting for the CEO to discuss the plan with shareowners became rather testy, as you can see in this youtube clip, when an investor raised questions about the merger’s payouts to senior management (from minute 57 onward).

Fission shareowners voted down the merger.

Concerned about high executive pay and a declining stock price, some of the retail investors took the merger defeat as a sign of general dissatisfaction with Fission’s current board and management. That could translate into enough voting support to elect a dissident slate in the upcoming board election, so a few of them chipped in funds to organize a proxy fight. Semi-retired entrepreneur Jim Gifford led the charge, creating the “FCU OverSight” organization.

Jim was already active in opposing the merger plan, so had gathered a network of disaffected Fission shareowners. The network reached out to prominent leaders in the mining business, and assembled a slate of five director nominees, including Mr. John Bell, a director of mining powerhouse Goldcorp.

However, in their news release yesterday, FCU OverSight announced that they were withdrawing their nominations, in the face of recently increased change-of-control payouts to Fission executives that would have cost shareowners millions of dollars had the dissidents won. Instead, they have launched a campaign urging Fission shareowners to vote “Withhold” on management’s nominees.

As a Fission shareowner myself, I’m voting “Withhold” because:

Poor corporate governance is a drag on the economy. It makes our corporations less competitive, because the market for corporate control is uncompetitive. This is the system that brought us the financial crisis, and we have yet to cure its root causes. 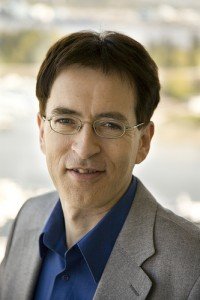 This post originally appeared on the Votermedia Finance Blog.

Bio: Mark Latham is a financial economist and founder of Votermedia.org. He holds a PhD in finance from MIT, and was a derivatives arbitrageur on Wall Street. He left Wall Street in 1995 to work on governance reform by developing online voter information systems. His work can be downloaded from votermedia.org/publications – see in particular “Proxy Voting Brand Competition”. In 2009 the U.S. Securities and Exchange Commission appointed Mark to their post-financial-crisis Investor Advisory Committee, to represent individual investors.