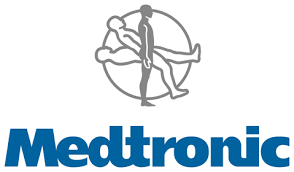 Medtronic PLC ($MDT) manufactures and sells device-based medical therapies worldwide. Medtronic is one of the stocks in my portfolio. Their annual meeting is on December 11, 2015. ProxyDemocracy.org had collected the votes of two funds when I checked.  I voted with the Board’s recommendations 44% of the time. View Proxy Statement.

From Yahoo! Finance: Medtronic PLC’s ISS Governance QuickScore as of Nov 1, 2015 is 2. The pillar scores are Audit: 2; Board: 4; Shareholder Rights: 3; Compensation: 3. Brought to us by Institutional Shareholder Services (ISS). Scores range from “1” (low governance risk) to “10” (higher governance risk). Each of the pillar scores for Audit, Board, Shareholder Rights and Compensation, are based on specific company disclosures. That gives us a quick idea of where to focus: Board.

Medtronic’s Summary Compensation Table shows the highest paid named executive officer (NEO) was Omar Ishrak at $39.5M. I’m using Yahoo! Finance to determine market cap ($108.1B) and Wikipedia’s rule of thumb regarding classification. Medtronic is a large-cap company. According to Equilar (page 6), the median CEO compensation at large-cap corporations was $10.1 million in 2013, so pay is well above that. Medtronic shares outperformed the S & P 500 over the most recent one, two, and five year time periods, but underperformed during the latest ten year time period.

The MSCI GMIAnalyst report I reviewed gave Medtronic an overall grade of ‘F.’ According to the report:

Given these issues and pay that was substantially above average, I voted against the plan and the directors on the compensation committee: Kendall J. Powell, Chair; Craig Arnold, Denise M. O’Leary, Richard H. Anderson, and Scott C. Donnelly.

As noted above, I voted against the pay plan and all directors on the compensation committee. I also voted against   Nabel, Reddy and Levitt, since none of them own any shares in our company. In my opinion, no one should serve as a company director without owning shares, especially directors who have served more than three years. Directors with skin in the game are more committed. I voted for the one-year frequency for say-on-pay.

Medtronic PLC: CorpGov Recommendations Below – Votes Against Board Position in Bold

Medtronic is not included in the SharkRepellent.net database because it is headquartered in Ireland. However, I see from MSCI GMIAnalyst, the vote required to act by written consent is 100%.

In order for a shareholder proposal to be considered for inclusion in Medtronic’s proxy statement for the 2016 Annual General Meeting, the written proposal must be received by the Company Secretary at Medtronic’s registered office no later than June 24, 2016. The proposal must comply with SEC regulations regarding the inclusion of shareholder proposals in Company-sponsored proxy materials.