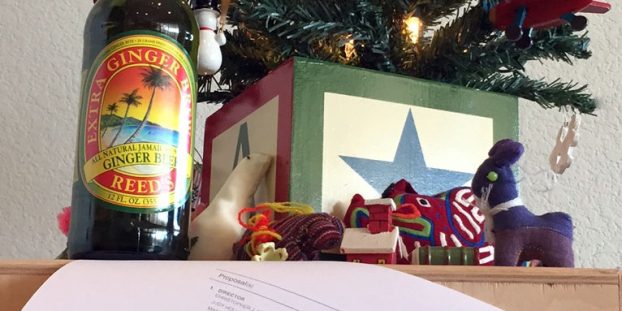 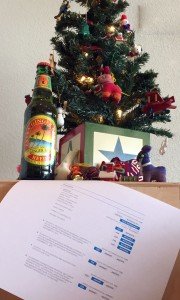 There it was under my tree, Reeds delivered a corrected proxy for Christmas!

Santa has finally been good to Reeds (REED) shareholders.

I’m tacking notification of the corrected proxy as a sign that Founder/CEO, Christopher Reed might be at the start of a new attitude toward  SEC rules and corporate g 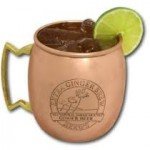 overnance, I changed my vote. I voted for Mr. Reed, the auditors, my own proposal to require a majority vote to elect directors and against the rest of the board and the “incentive” stock option plan. The incentive plan lack specificity.

Of course, my proxy didn’t magically appear under my Christmas tree. Reeds Inc. had to pay to have the link to their revised proxy sent out by Broadridge to brokers and banks all over the country. After being reminded several times, Reeds finally did the right thing. Unfortunately, their reluctance and delay necessitated postponing their annual meeting for more than a week but, despite the additional cost to company and shareholders (including me), it is good to see our company now following the law.

It appears that Reeds paid to have a link to the revised proxy card sent out but they did they did not pay to have Broadridge’s ProxyVote.com link to either the revised or additional definitive proxy; instead it links to the original proxy. Or, maybe Broadridge made an error?

I’m heading out to Los Angeles now for the meeting tomorrow. I hope to see at least a few other shareholders there but, unless they have been watching the SEC filings they won’t know the meeting is at noon, 13000 South Spring Street, Los Angeles, California 90061.

Under this proposal, a special interest group could elect a board member who has no holdings of Reed’s stock at all.

That, when two directors on the Reeds Inc. board owned no stock… and still don’t. Telling the SEC a director was reelected, even though a majority of votes were withheld against him. If I were on the board, shareholders wouldn’t have to suffer through such blunders. It certainly doesn’t need to me. I’m sure there are plenty of others willing to serve on Reeds board who would monitor management more effectively. Oh wait, that might be hard to find if Reeds only pays an estimated $3.62/hour for board work.

As I have mentioned previously, Reeds must be too small for Proxy Democracy to follow. CalPERS and CalSTRS list their votes for this proxy on their sites. Unfortunately, only a few funds report how they are voting i

I anticipate a much larger turnout against directors this year, with the board renominating zombie director Muffoletto after shareholder rejected him last year. I also expect a heavy turnout in favor of my proposal to require a majority vote in director election. Of the institutions mentioned above, the following typically vote in favor of majority vote for election of directors: AllianceBernstein, AXA Equitable, BlackRock, CalPERS, CalSTRS and Geode Capital. Guggenheim Funds typically vote against such proposals, while Vanguard supports only about 40% of the time.