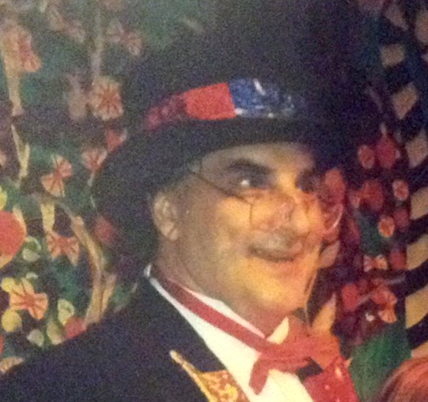 A majority of shares voted to turn them out of office, off the island, you’re fired… but unaccountable boards frequently reappoint a zombie director. Reeds Inc. (REED) flaunts the will of shareholders in renominating Daniel S.J. Muffoletto.  According to the Council of Institutional Investors:

The vast majority of zombies are legally elected due to an outmoded plurality vote requirement that guarantees a candidate’s victory upon receiving a single favorable vote. CII encourages all companies to embrace a majority standard, and the number of companies doing so continues to increase every year. (Zombie Directors Still Haunt Boardrooms Despite New Era of Engagement, 10/29/2015)

The only viable solution to the zombie director phenomenon is to require public companies to adopt a majority voting regime that imposes reasonable limits on the ability of boards to reject the resignation of losing directors. (July 8, 2014, letter to SEC’s Keith F. Higgins)

Back in 2012, Nell Minow testified before Congress:

I know you, better than anyone else, understand what the word ‘election’ means. Well, in the wacky world of public corporations, you win even if 99 percent of the shareholders vote against you.

What happens when zombie directors like Muffoletto remain on boards? According to PWC, companies can expect “Shareholder engagement, ‘vote no’ campaign (against the ‘zombie director’ and often the members of the nominating and governance committee or its chair), shareholder proposal (seeking proxy access or some other significant governance change).”  (Shareholder Activism)

The Committee on Capital Markets Regulation issued a report on zombie directors, including the following recommendation (Are There Zombies in Your Board Room?):

The…Securities and Exchange Commission [should] adopt regulations such that a board that decides to retain a losing director would be required to disclose publicly…the specific reasons why the company’s board chose not to accept any “unelected” director’s resignation.

Then there is the following from The Deal’s Ron Orol, Attack of the Zombie Director:

Chairwoman Mary Jo White said at a conference of the Society of Corporate Secretaries and Governance Professionals held in Chicago in June that the regulator could change its rules to mandate more specific explanations about why directors were kept on the board after receiving an unfavorable vote.

While acknowledging that situations where a majority of shareholders withheld votes from directors weren’t the norm, White argued that the continued presence of “unelected” directors raises concerns about a company’s general responsiveness to shareholders. “If a director receives a majority withhold vote and remains on the board, the company should consider that its shareholders may want to know about that director’s service on the board and the decision to let the board member remain,” she said.

Even the conservative Society of Corporate Secretaries & Governance Professionals itself recognizes zombies like Muffoletto as a problem. In a letter to the SEC, the Society argued:

Yes, zombie directors like Muffoletto are rare, but when they occupy a seat at one of the companies own, you might see it as a problem not so easily dismissed.

Muffoletto: No Skin in the Game

Micro-cap Reeds, Inc., which makes some of the best natural carbonated soft drinks, kombucha, candies and ice creams in America, has a problem. Its founder, CEO and board chairman Christopher Reed doesn’t appear to value a motivated independent board that can effectively oversee management. As I and many others have argued for years, board members need skin in the game; being a shareholder motivates active engagement.  (see How Much Skin Should Directors Have in the Game? by Professor Bainbridge)

Two of Reed’s directors own no shares and the small amount they are paid for board service provides little incentive to provide real input in monitoring management.

In a preliminary proxy statement (page 13) filed on November 12, 2013, the Board opposed my proxy access proposal that would have allowed shareholders holding 3% of Reeds outstanding common stock for 3 years or more to place up to two nominees on the proxy. The reason for their opposition:

Under this proposal, a special interest group could elect a board member who has no holdings of Reed’s stock at all.

When I pointed out that two members of their current board held no stock in Reeds, they removed that line of argument from their definitive proxy statement and, instead, objected that:

the proposal’s nomination process could result in significant turnover in the composition of our Board of Directors in any given year, thereby creating uncertainty and causing disruption in, among other things, the Board of Director’s ability to effectively oversee our management. (my emphasis)

How much oversight can we really expect from directors who hold no stock in our company?

Little Incentive to Monitor and Advise

According to that same proxy statement, Michael Fischman and Daniel Muffoletto held no shares in Reeds Inc. Fischman was paid just $900 for his services as a director, while Muffoletto was paid $11,113. According to a footnote, Muffoletto appears to be paid so much more than Fischman because he chairs the audit committee. A  study (2012-2013) by the National Association of Corporate Directors (NACD) found that micro-cap firms (like Reeds) paid directors a median of $97,308 for board service. Median pay for directors at micro-caps grew to $105,583 by 2014. (Few hours, soaring pay for corporate board members) The latest NACD survey found the average director spent 248.2 hours on board related activities.

Maybe $105,000 is too much because directors might temper criticism of the CEO or other board members to reduce the likelihood of not being invited back. However, $11,000 and surely $900 are too little. Assume the directors put in the same amount of time as reported in the latest NACD survey, that works out to $3.62/hour for Fischman and $44.78/hour for Muffoletto. The minimum wage in California increases from $9 to $10 an hour.

The idea is to create a profitable corporation, not a charity. I could understand the low pay if these board members had millions or even hundreds of thousands of dollars invested in our company. Then it might be worth putting in effort to see the value of that stock appreciate.  The only explanation I can come up with for investing no money and getting paid nearly nothing is that they are doing the founder a favor.

Again, the board opposed proxy access because it might create uncertainty in the Board of Director’s ability to “effectively oversee our management.” Ask yourself, how effective would you be if you held no stock in a company where you were a director and were paid 1% (Fischman) or 10% (Muffoletto) of what most directors are paid for being a director at a similar sized company?

The CEO has historically tried to do too much himself, without outside help. This has not always worked out and has led to predictably poor results. Yes, the CEO brought in a new COO and yet another CFO but Reeds has had a succession of CFOs. I’m not swayed new officers will make a difference without an independent board.

Many are familiar with the poor initial labeling job on our company’s kombucha product line. Fewer may be aware that Reeds can’t seem to properly put out a correct proxy on the first, or even the second try. I’ve already mentioned their 2013 proxy above, which opposed proxy access because nominees might not own stock in Reeds. If I were on the board of Reeds, I would insist on reviewing the proxy before it goes public.

The Reeds, Inc. 2014 proxy (page 7) stated: “The affirmative vote of the majority of the votes cast at the Annual Meeting is required to elect the directors, ratify the selection of the auditors and approve Proxy Access for Shareholders.” However, even though one director (Daniel S.J. Muffoletto) failed to win a majority vote, our Company’s SEC filing declared “the Company’s shareholders elected the existing board of directors for a one year term.”

Not only did Reed’s improperly state directors are elected by a majority vote, the initial proxy miss-titled my proposal and left out half of the last line. See the November 3, 2015 proxy, page 11. Can’t the secretary or board tell the difference between a proxy access proposal and majority vote proposal, especially when the original submission included the proper title?

If you are like most shareholders, using proxyvote.com, the link to the proxy sent to you by your broker via email was never updated. All you see is the original proxy with the company included mistakes on my proxy.

The revised proxy, also dated November 3 (even though it was filed on November 11) argues shareholder should vote against the majority vote proposal (pages 12-13) because Reeds already has a majority vote standard. However, “in the absence of a contested election, directors that are not elected shall remain on the Board of Directors until such time as they are replaced or resign.” (my emphasis)

How do they reconcile that statement with our Company’s Form 8-K filing, reporting last year’s election results when director Daniel S.J. Muffoletto failed to win a majority of the votes? In that filing, our Company wrote “the Company’s shareholders elected the existing board of directors for a one year term.” (my emphasis)

By our Company’s majority vote standard it seems Muffoletto was actually “not elected,” but remains on the Board until he is replaced or resigns. Why, then, did our Company report to the SEC that shareholders “elected” the existing board of directors? Why didn’t the board review these statements, especially given Reeds past proxy mistakes?

Vote Against Muffoletto, Harris and Fischman

More importantly, as far as shareholders are concerned, shouldn’t those who lose elections be turned out of office?  Clearly, a majority vote has no consequence at all if our Company can report defeated directors to the SEC as “elected” and can keep such zombie directors on the board. As noted above, SEC Chairwoman Mary Jo White has stated, “If a director receives a majority withhold vote and remains on the board, the company should consider that its shareholders may want to know about that director’s service on the board and the decision to let the board member remain.” Reeds provides no such discussion in the proxy.

Even under majority vote standards adopted by other companies, boards are free to replace Tweedledum with Tweedledee. At Reeds, our Board has chosen to completely ignore the wishes of its shareholders, demonstrating a complete lack of respect.

Page 14 of the proxy describes the Governance Committee charged with “identifying and recommending individuals qualified to become members of our Board of Directors” as Dr. Muffoletto, Mr. Harris and Mr. Fischman. I recommend voting against all of them, since they put forward for reelection a director who was voted out of office by shareholders. I would also recommend against directors Muffoletto and Fischman on the basis that both continue to own no shares in our company.

I’ll cover the rest of my recommendations for voting the Reeds Inc. proxy in tomorrow’s post.

Addendum: Despite being a zombie director, Muffoletto turned out to be much more concientious than several other directors as we further investigated the company and board.