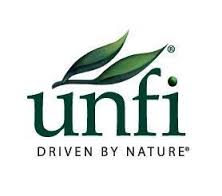 United Natural Foods, Inc. $UNFI, together with its subsidiaries, distributes and retails natural, organic, and specialty foods and non-food products in the United States and Canada. United Natural Foods is one of the stocks in my portfolio. Their annual meeting is on December 16, 2015. ProxyDemocracy.org had collected the votes of four funds when I checked.  I voted with the Board’s recommendations 42% of the time. View Proxy Statement.

United Natural Foods’ Summary Compensation Table shows the highest paid named executive officer (NEO) was Steven L. Spinner at $4.0M. I’m using Yahoo! Finance to determine market cap ($2.0B) and Wikipedia’s rule of thumb regarding classification. United Natural Foods is a mid-cap company. According to Equilar (page 6), the median CEO compensation at mid-cap corporations was $4.9 million in 2013. United Natural Foods is at the very lowest end of mid-caps, so pay was probably above median for a company of its size. Additionally, shares underperformed the NASDAQ over the most recent one, two, five, and ten year time periods.

The MSCI GMIAnalyst report I reviewed gave United Natural Foods an overall grade of ‘C.’ According to the report:

Given these issues and consistent underperformance, I voted against the pay plan and the directors on the compensation committee:  James P. Heffernan, Chair, Ann Torre Bates and Gail A. Graham.

I voted against the pay plan, stock plan and all directors on the compensation committee. I also voted in against  Denise M. Clark, since she has been on the board for over two years and still owns not stock.

I voted in favor of the Teamsters proposal to allow accelerated award of unearned equity only under certain conditions after a change of control of the Company on a pro rata basis.

I agreed to withdraw my proxy access proposal after the board agreed to a provision whereby a shareholder, or a group of up to 20 shareholders, holding at least 3% of the outstanding common stock for at least three years may nominate one director, so long as the number of directors elected via proxy access shall not exceed 20% of the board.  I considered it another victory, despite limitations. We will do better in 2016.

United Natural Foods: CorpGov Recommendations Below – Votes Against Board Position in Bold

I also checked a relatively new site, Proxy Insight. They report the Teacher Retirement System of Texas voted for everything, including the shareholder proposal. The Canada Pension Plan Investment Board voted for every item except the stock plan.

Any proposal that a stockholder wishes to be considered for inclusion in our proxy statement for the 2016 Annual Meeting of Stockholders must be submitted to our corporate secretary, Joseph J. Traficanti, at 313 Iron Horse Way, Providence, Rhode Island 02908, no later than the close of business on July 9, 2016. We strongly encourage stockholders interested in submitting a proposal to contact legal counsel with regard to the detailed requirements of applicable securities laws. Submitting a stockholder proposal does not guarantee that we will include it in our proxy statement.