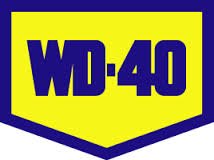 WDFC develops and sells maintenance products, and homecare and cleaning products. WDFC is one of the stocks in my portfolio. Their annual meeting is on December 8, 2015. ProxyDemocracy.org had collected the vote of one fund when I checked.  I voted with the Board’s recommendations 100% of the time. View Proxy Statement.

WDFC’s Summary Compensation Table shows the highest paid named executive officer (NEO) was Garry O. Ridge at $2.0M. I’m using Yahoo! Finance to determine market cap ($1.5B) and Wikipedia’s rule of thumb regarding classification. WDFC is a small-cap company. According to Equilar (page 6), the median CEO compensation at small-cap corporations was $2.7 million in 2013, so Wood is paid under that rate. WDFC shares outperformed the NASDAQ over the most recent one, two, five, and ten year time periods.

The MSCI GMIAnalyst report I reviewed gave WDFC an overall grade of ‘C.’ According to the report:

Despite these issues and given that pay that was below average, while performance was above average, I voted for the pay plan.

I have no reason to believe the auditor has rendered an inaccurate opinion or is engaged in poor accounting practices, so voted to confirm the auditor.

As indicated above, I voted for the pay plan.  I also voted and all directors, despite the fact that 5 out of 7 have served for 10 years or more. I hope they accelerate bringing on new directors.

WDFC: CorpGov Recommendations Below – Votes Against Board Position in Bold

I also checked with Proxy Insight. They report the Teacher Retirement System of Texas, Colorado PERA and Calvert voted all items with management. I see from their site, CalSTRS did as well.

Stockholder proposals must be received by the Company no sooner than May  2, 2016 and not later than July  1, 2016 to be included in the proxy statement and form of proxy for the next annual meeting. Any proposal submitted outside of these dates will be considered untimely in order to be considered at the Company’s 2016 Annual Meeting of Stockholders in accordance with the Company’s Bylaws.