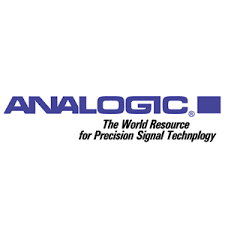 Analogic Corporation ($ALOG), a technology company, designs, manufactures, and sells medical imaging, ultrasound, and security systems and subsystems to original equipment manufacturers (OEMs) and end users in the healthcare and airport security markets worldwide. Analogic is one of the stocks in my portfolio. Their annual meeting is coming up on January 21, 2016. ProxyDemocracy.org had collected the votes of one fund when I checked.  I voted with the Board’s recommendations 80% of the time, voting only against pay and pay chair as a warning for loose pay practices. View Proxy Statement.

Analogic’s Summary Compensation Table shows the highest paid named executive officer (NEO) was CEO James W. Green at $3.1M. I’m using Yahoo! Finance to determine market cap ($1.0B) and the Equilar Top 25 Executive Compensation Survey 2015 to the median CEO compensation at small-cap corporation was $3 million, so Analogic’s pay is slightly above that. Analogic shares underperformed the NASDAQ over the most recent one, two, five, and ten year time periods.

The MSCI GMIAnalyst report I reviewed gave Analogic an overall grade of ‘C.’ According to the report:

Given these issues and pay that was slightly above average, I voted against the plan and only the chair of the compensation committee: Mr. Jeffrey P. Black (Chair). I hope my vote serves as a warning to the committee to address some of the loose pay practices specified above before the 2017 proxy.

As stated above, I voted against the pay plan and the compensation committee chair.

None for this meeting.

Analogic: CorpGov Recommendations Below – Votes Against Board Position in Bold

I also checked with Proxy Insight. They report the Teacher Retirement System of Texas and CalSTRS voting with management, while Calvert voted like CBIS below.

A stockholder who intends to present a proposal for action at the 2017 annual meeting may seek to have his or her proposal included in our proxy materials for that meeting by notifying us of such intention and furnishing the text of the proposal to us. Such notice must also include the stockholder’s address and statement of the number of shares of common stock held of record or beneficially by such stockholder and the date or dates upon which such shares were acquired, and must be accompanied by documentary support for a claim of beneficial ownership. The proposal must satisfy the conditions established by the SEC for proposals to be considered for possible inclusion in the proxy materials relating to the 2017 annual meeting. To have a proposal considered for inclusion in the proxy materials for the 2017 annual meeting, a stockholder must give the notice mentioned above and submit his or her proposal no later than August 13, 2016, provided that if the 2017 annual meeting is not held within 30 days before or after the anniversary date of the 2016 annual meeting, the deadline for submitting proposals is a reasonable time before we begin to print and send our proxy materials. The notice and text should be sent to Analogic Corporation, 8 Centennial Drive, Peabody, Massachusetts 01960, Attention: John J. Fry, Senior Vice President, General Counsel, and Secretary.