Research proposals on the Financial Economics of Climate Change are being sought by Norway’s sovereign wealth fund (Norges Bank). Proposals are due March 13, 2016. Norges recently awarded two research grants, one for a project on portfolio choice for long-term investors and another for an investigation of the effectiveness of engaged ownership. The objective of the Norwegian Finance Initiative (NFI) research program is to facilitate research of the highest academic standard in areas of particular relevance for the long-term management of the Government Pension Fund Global (GPFG).

The research program reflects Norges Bank’s long-term commitment to strengthen the scientific foundation of the management of the fund. Under the program, the NFI may provide support for research initiatives within specific topics for a period of up to three years. 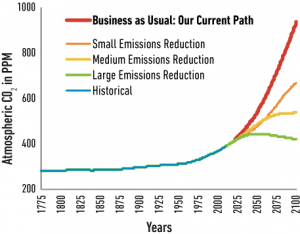 Climate change has the potential to affect the global economy. The economic impacts of climate change on specific markets and regions are complex, varied and uncertain, rendering the timing and extent of impacts hard to predict. In economics, climate change and climate gas emissions are often framed as externalities or commons problems.

To develop and advance the research efforts on the financial economics of climate change, the NFI welcomes proposals from institutions and researchers that can facilitate further academic discourse and contribute to the establishment of an international research community within this academic field.

Relevant research proposals on the financial economics of climate change should aim to explore potential impacts, including policies to mitigate such change or technological change, on financial markets and asset prices and any implications for asset management and portfolio choice. Specifically, the research output should be relevant in addressing issues such as:

The research funding may be used for conferences, roundtables, workshops, papers, or other initiatives facilitating academic discourse, but is not intended to cover summer salaries. The research initiatives should lead to original research contributions and new scientific insight, and attract a mixture of renowned academics in the field as well junior researchers of the highest potential in the area.

Norges has awarded two research grants, one for a project on portfolio choice for long-term investors and another for an investigation of the effectiveness of engaged ownership.

US-based National Bureau of Economic Research (NBER) has been granted funding to carry out a series of research conferences on topics within long-term asset management.

Several aspects of the Government Pension Fund Global’s (GPFG) asset allocation are under review at the moment, but IPE understands that there is no direct link between this and the NBER project.

The Norwegian government recently commissioned a review of the GPFG’s equity exposure, and it has been urged to expand the fund’s investments to include infrastructure and a potential higher exposure to real estate.

A second funded project, to be carried out by London Business School (LBS), will investigate the effectiveness of engaged ownership.

This will be done by analysing “the extent, impact and value of engaged ownership” by Standard Life Investments (SLI).

Professors Marco Becht of the Université libre de Bruxelles, Julian Franks of LBS and Hannes Wagner of Bocconi University, Milan, will run the research, which will study the private and public actions of SLI based on data from 2004-14.

SLI is understood to have been chosen because it is a leader in corporate governance and stewardship matters and has a wealth of data to which the researchers were given access.

Norway’s oil fund is an active owner, and the LBS project is understood to tie in with its interest in moving to more data-focused research into engaged ownership and environmental, social and governance (ESG) investment considerations.

NBIM said the NFI research programme reflected Norges Bank’s “long-term commitment to strengthen the scientific foundation of the management of the fund”.

Under the programme, Norges Bank is currently inviting submissions of research proposals on the financial economics of climate change. The deadline is 31 March.