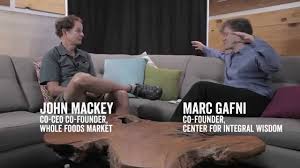 In the wake of a New York Times story by Mark Oppenheimer about Whole Foods Market CEO John Mackey’s relationship with former rabbi and alleged sex offender Marc Gafni, the company has come under scrutiny. (A Spiritual Leader Gains Stature, Trailed by a Troubled Past)

On December 25th, The Times story reported Gafni saying of one of his alleged victims, “She was 14 going on 35.”

Also reported in Oppenheimer’s story, “A co-founder of Whole Foods, John Mackey…is a chairman of the executive board of Mr. Gafni’s center, and he hosts board meetings at his Texas ranch.”

James McRitchie, a California investor and shareholder activist emailed members of the Whole Foods Board of Directors on New Year’s Day:

Mr. Mackey has a fiduciary duty to WFM shareholders. His affiliation with Gafni and the center certainly put the reputation and value of WFM at risk.

A group of more than 100 rabbis has launched an online petition, demanding that Whole Foods sever ties with Gafni.  At the time of this writing, the petition has garnered more than 2800 online signatures.  It includes comments from people claiming to have had unfavorable contact with the former rabbi.

The flow of follow-up stories has been steady.

Oppenheimer filed these follow-ups in Tablet:

Some critics contend that Mackey, in his capacity as an executive board member of Gafni’s nonprofit center, is violating his fiduciary responsibility to the ethical values of Whole Foods. (Gafni Faces Fallout From New Age Community)

However, the accuracy of Mackey’s and Whole Foods’ statements, characterizing the CEO’s relationship with Gafni as “personal” is in question.

As a director on the board of Gafni’s Center for Integral Wisdom, a tax-exempt California nonprofit corporation, subject to state and IRS laws and regulations, Mr. Mackey has fiduciary duties to the organization.

According to Gene Takagi, an attorney with the NEO Law Group in San Francisco, “All directors of a nonprofit corporation have fiduciary duties of care and loyalty to the corporation.”

The IRS prohibits tax-exempt organizations from engaging in commercial, for-profit business activities.  A website for the CIW’s Success 3.0 Summit says, “Success 3.0 is an independent LLC generated by the Center for Integral Wisdom,“ and “John Mackey, (Board Chair CIW).”

The California Nonprofit Integrity Act of 2004 requires that nonprofits register with the Office of the Attorney General, Registry of Charitable Trusts. Religious organizations are exempt from registering.  On May 19, 2014, the Office of the California Attorney General issued a letter of exemption to the Center for Integral Wisdom/Center for World Spirituality, confirming that the organization “operated primarily as a religious organization.”
However, on January 5, 2016, the Forward reported Gafni saying, “I’ve left the spiritual teaching world and am functioning as the president of an activist think tank.” (Marc Gafni Defends Return to Spotlight as Backlash Gathers Steam) As of this writing, public records show that the Center for Integral Wisdom/Center for World Spirituality is still classified as a tax-exempt, California religious organization.

Complaints were submitted Wednesday to the IRS and California state Attorney General’s office, questioning federal tax and state nonprofit regulatory compliance by the Center for Integral Wisdom. John Mackey was named in both complaints, as Board Chair of the organization.

I spoke with public relations representatives from socially responsible fund managers Calvert, Domini, and Parnassus, all of which hold Whole Foods Market stock in their active equity portfolios. As of this writing, none of the firms have commented.

Whole Foods positions itself as a socially responsible company, which is an important part of its brand. If these core values come into question by employees, consumers, partners, or investors, it can have long-term damaging effects on the company’s stock value. Reputational risk is real, and the way Mr. Mackey chooses to handle this conflict will certainly be watched by investors in the SRI community.

Certainly, we are watching. 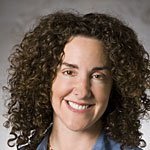 Guest Post: Nancy Levine, Executive Recruiting and Consulting Services. More than 20 years of experience in recruiting and executive search. Deep research, candidate development. Successful searches from C-level to manager, across business functions and industries, for VC portfolio companies to Global 50 and non-profits. Background check and vetting expert. Author of the four-book series originating with THE TAO OF PUG (Viking Studio/Penguin Group USA), with more than 100,000 books in print.

Publisher: The above post originally appeared as Whole Foods Under Shareholders’ Spotlight at realnancylevine on 1/7/2016. I reformatted the post somewhat, added headings, the photo, a link or two and those eye-catching ads. As a long-time shareholder in Whole Foods Market (WFM) I am very concerned about possible reputational damage due to John Mackey serving as Board Chair at the Center for Integral Wisdom and its ties to Marc Gafni.

Take Action: sign the online petition, requesting those with ties to Gafni sever all financial and institutional ties.